So let's stop excusing it. 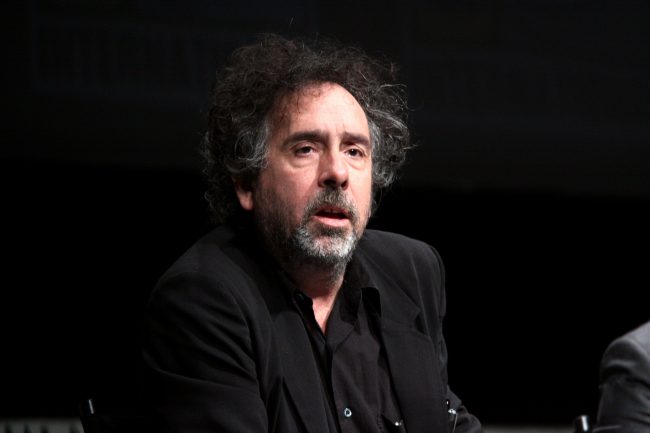 You might be sick of hearing about diversity and I might be exhausted from writing about it but until we stop treating people of color as accessories on screen, this conversation will continue to happen. That’s why I applaud Bustle’s Rachel Simon for opening up a dialogue with Tim Burton, whose films are predominantly white.  During an interview for Miss Peregrine’s Home for Peculiar Children, the acclaimed director shared his thoughts on the lack of diversity in his movies.

“Nowadays, people are talking about it more,” he said. But “things either call for things, or they don’t. I remember back when I was a child watching The Brady Bunch and they started to get all politically correct, like, OK, let’s have an Asian child and a black—I used to get more offended by that than just—I grew up watching blaxploitation movies, right? And I said, that’s great. I didn’t go like, OK, there should be more white people in these movies.”

I don’t think people are asking him to insert stereotypes in his films in order for them to be diverse. Casting a POC in his dark, quirky world doesn’t mean they need to chew on watermelons or speak with an accent. It’s helpful to see these people existing because no matter how unbelievable a film’s plot might be, we often like to see ourselves in the characters on screen. So what does that say to the non-white individuals who are marginalized in his work? Even Samuel L. Jackson, star of Miss Peregrine’s Home for Peculiar Children and one of the few POC with a major role in a Burton production, has taken notice.

“I had to go back in my head and go, how many black characters have been in Tim Burton movies?” he said. But then he lost me when he essentially gave Burton a pass. “And I may have been the first, I don’t know, or the most prominent in that particular way, but it happens the way it happens. I don’t think it’s any fault of his or his method of storytelling, it’s just how it’s played out. Tim’s a really great guy.”

Burton might be a great guy according to Jackson but his movies don’t just “happen” to be predominately white. That’s called bias. Whenever we talk about racism, the common example is the KKK burning crosses or the violence endured by African Americans in the ‘50s and ‘60s during the Civil Rights Movement. However, people with racial bias don’t need to call someone a derogatory name or spray a hose on them for their actions to be harmful. It can be as subtle as ignoring non-white actors because they don’t fit into the world you’ve imagined. So in this case, Burton’s 33-film history reads like a “whites only” sign hung up above a water fountain.

Why is it that movies like Edward Scissorhands or Alice in Wonderland can take you into these imaginative worlds with quirky characters, but anyone who isn’t white is either nonexistent or inconsequential? It’s not like he doesn’t have a choice in who gets to be in his films. His penchant for working with the same crop of actors, including Johnny Depp and Helena Bonham Carter, says otherwise.

If we can accept a man who bears scissors for hands, we can certainly accept non-white characters leading his films. So why is it so hard for him to see that? He can try to deflect his melanin-free casting with an outdated Brady Bunch example or feign worry about being offensive because he referenced Blacksploitation films, but the fact of the matter is that the whiteness of his films are his choice. At least own up to it.

(via Bustle, image via Gage Skidmore/Flickr)