TikTok Witches Tried to Hex The Moon? Good Luck With That. 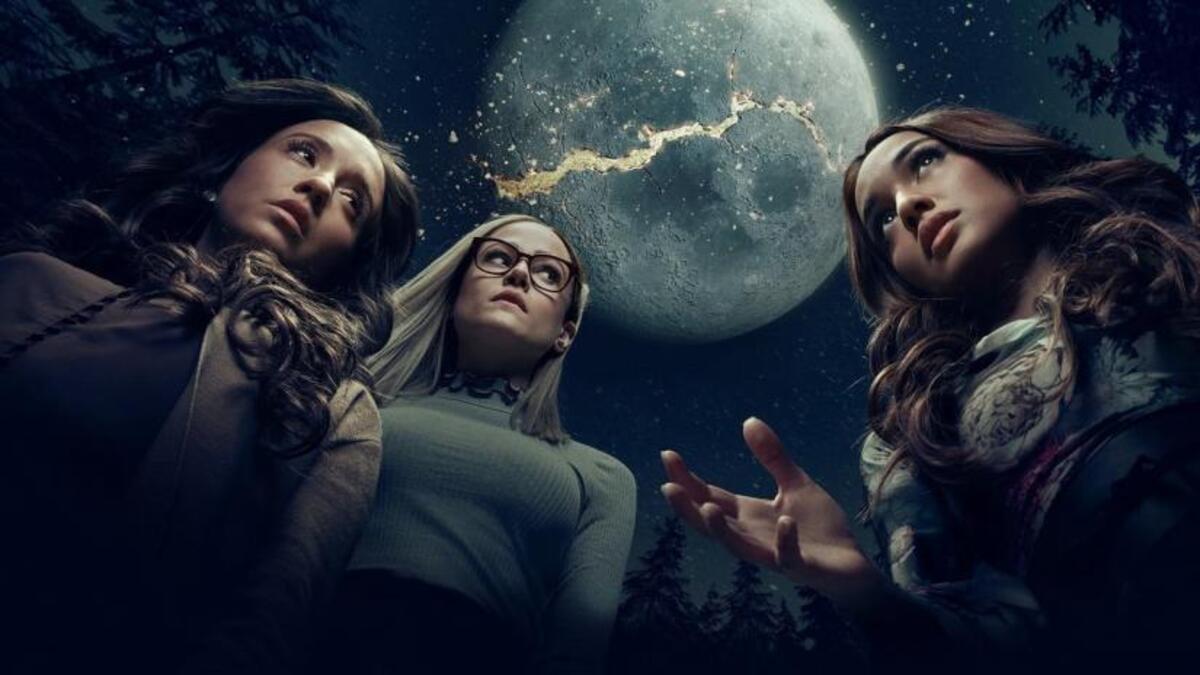 Imagine my surprise this weekend when I was looking through my social media feeds, which include a few pagan and witchcraft Facebook groups, and I saw discussion all over about “baby witches are trying to hex the Moon and the fae.” Yes, you read that right, and I assure you that even I, a non-baby witch, had just the same reaction as you probably did to that sentence, which was: Um … what?

There’s a lot to break down here, so we’re going to need to go nearly word-by-word. First: baby witches.

In case you’re new on the internet, yes, witches are real and witchcraft is growing in popularity. “Witchcraft” encompasses many different traditions, practices, and beliefs including religions like Wicca, but not all witches are Wiccans. As witchcraft has grown in popularity, like anything else, it’s caught on amongst the youths, many of whom call themselves “baby witches” when they start out. Oddly, the term “baby witch” gets a lot of pushback in communities where there are more experienced practitioners around, who object to a term they feel infantilizes and trivializes magick. (Magick is spelled with a K by most witches to distinguish it from performance/illusion type “magic.” Also, it looks cool.)

Whether the seasoned witches like it or not, however, these baby witches are here, and they’re young, which means they’re all over new-fangled social media platforms like TikTok. Over on the video-sharing platform, #WitchTok is very much a thing, with witches young and old (but mostly young) sharing rituals, spells, herb recommendations, and all sorts of fun stuff. With over two BILLION TikToks in the tag, it’s obviously popular, and in all of the fun and fantastical, as statistically assured, there’s also some nonsense—like hexing things that shouldn’t or can’t be hexed.

Now, let’s talk about hexes and how they are viewed in witchcraft. A hex is a type of baneful magick that’s meant to harm someone or something. In the religion of Wicca—which, I will reiterate, is not the same as witchcraft in general, but is based around witchcraft—baneful magick is usually frowned upon. The Wiccan Rede, which is the main guiding advice of the Wicca, is “an it harm none, do what you will”—which means don’t use magick to hurt people. Not only is it just a dick thing to do, but many Witches and Wiccans believe in karma or some version of it, often expressed as the “law of three,” which holds that anything you put out into the universe, good or bad, comes back to you times three.

This is all to say that hexing, curses, and other such negative magick are controversial, to say the least. But, well, teenagers will be teenagers, and just like breaking curfew and going cow-tipping, they’re totally down with doing foolish things for the lolz. (Is that a thing kids still say? I am old.)

Now, the rumors of “a group of baby witches trying to hex the fae and the Moon” are just that—rumors. The news went viral thanks to a Twitter thread by user @heyyadoraa, and the Reddit post that was one potential source for the rumors has since been deleted. But doing something as silly as trying to hex the Moon and the fae sounds like something plausible among headstrong, bored young people, so … it’s entirely possible some baby witches did try this.

Yes, they apparently tried to do baneful magick on the Fairy folk, which is, according to both Witchcraft and nearly every fairy myth, belief, and legend, a very bad decision. In ancient legends, Fairies (also knowns as the Good Folk or the Fair Folk) would curse, blind, kidnap, or even kill people for disrespect, so if you believe in those forces, this is basically the magickal equivalent of peeing on the third rail. It will hurt.

but when they’re fucked with, WHOO BABY. you’ve now got trickery for the rest of your life and maybe a bloodline curse! if you’re lucky. they’ll probably also steal your soul.

Now, I don’t know about bloodline curses, but as a practicing witch and a student of myth and folklore, I do know that you should not mess with fairies, but kids these days, they have no respect, I guess? And then they apparently went for … the Moon? WHAT? Did you not watch the most recent season of The Magicians where they broke the Moon and then pissed her off so much that no magic worked right world wide???

Hexing the Moon, though? Can you … do that? Maybe, but not really.

A lot of witchcraft practitioners describe magick as working with energy, and in this case, think of these Baby Witches as amateur electricians who watched a few how-to videos on YouTube then tried to cause a blackout by throwing a AAA battery at a nuclear plant. From three states away. Yeah, they might be working with some energy and magick, but the Moon does not care, nor will it be affected. Here’s a seasoned practitioner commenting on the topic:

You can hex the moon about as much as you can drain the ocean or blot out the stars.

The moon is a celestial body and any deities associated with it don’t care one iota about your tiktok hex.

The only people that need to be worried about a hex on the Moon or the fae are the fools attempting them, because they’ll be the ones with lunar deities, spirits, fae, and more pissed off at them, which is just not great if you’re trying to accomplish any kind of magick. And more importantly, it’s given us something to laugh about in this horrible news cycle.

ok, nobody get mad at me, but pic.twitter.com/KSi4x9j0CY

did anyone have “tiktok witches try to hex the moon” on their 2020 bingo card https://t.co/Fc74XwL9b1

lmao. no, witches did not hex the moon. why? because i have stolen the moon. if you ever want to see your precious moon again, wire me $300,000. DO NOT attempt to hex me i will see you coming a mile away.

All in all, these kids will hopefully learn their lesson from becoming an internet meme (which honestly sounds a bit like fairy vengeance already), and in the future, they’ll remember to practice safe hex.