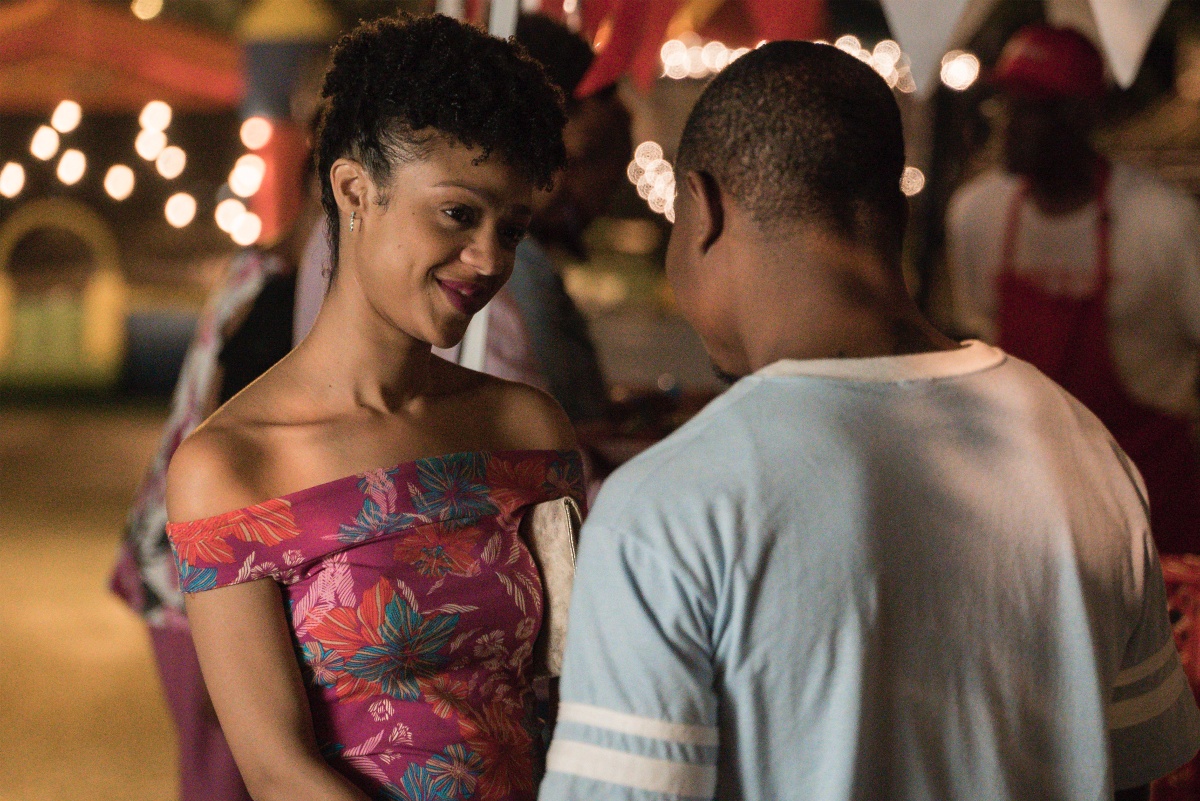 Jason Mitchell, who’s best known for playing Eazy-E in Straight Outta Compton and Ronsel Jackson in Mudbound, has been accused of sexual harassment by Ayanna Floyd, the current showrunner of the Showcase television program The Chi.

The Hollywood Reporter shared the story yesterday, which revealed that Mitchell had been fired from the upcoming Netflix movie Desperados, and that he was subsequently terminated by his agent, his manager, and his lawyer, before finally being dropped from The Chi. These firings were related to alleged harassment that Mitchell subjected his female co-workers to on Desperados, where he has been accused of making highly inappropriate remarks to two actresses in the film while lingering close to their quarters, according to multiple sources.

“There were two incidents in four days,” an insider told THR. As a result, Netflix did a “quick but thorough” investigation, and the producers were told to do “what they thought necessary.” Another insider said, despite anxiety about possibly upsetting Netflix, Mitchell was terminated and replaced by Lamorne Morris, who is best known for playing Winston Bishop in the Fox sitcom New Girl.

Before that, Mitchell also got into trouble when filming Kong: Skull Island in Honolulu, where a source says he was involved in a bar fight severe enough that he required medical attention. The actor was assigned a minder and warned to stay out of bars. Though Mitchell did not heed that warning, he still performed professionally, this person said, adding, “He comes from a very tough background.. .. I found him to be incredibly sweet, gifted and talented, and I found it to be super sad, what has happened.”

All this is to illustrate that enough issues existed around Mitchell that what was happening on The Chi should have been taken seriously, and this was not a “one-off” situation, but a pattern of behavior so bad that they needed to give him an actual babysitter to ensure that he wouldn’t get into trouble.

Sources are reporting that his conduct had been a problem for at least two actresses on set, and that more than one person on the show (including Tiffany Boone, who played Mitchell’s character’s girlfriend Jerrika, and second-season showrunner Ayanna Floyd) filed a complaint. Despite the complaints, the conduct persisted, and Boone asked to be released from the series. Meanwhile, Mitchell was to remain for a planned third season.

It’s distressing to hear that Boone decided she had to leave to make the actions stop, rather than Mitchell being dismissed. She left a job because the harassment was so bad. This is why we talk about the opportunities that are lost when women feel like they need to flee these situations rather than have the support of the company.

Last year, Lena Waithe, the producer, creator, and sometimes writer of The Chi, made a statement about promoting on-set safety to THR while talking about her commitment to the Time’s Up movement: “I’ve been very involved in Time’s Up and that movement, and for season two, we’re making sure that women feel safe. [I]f you want to play that game and be disrespectful or misbehave on set with an actress or anyone, I’ll happily call Showtime and say, ‘This person has to go,’ and you will get shot up and it’ll be a wonderful finale.”

Mitchell did not get “shot up,” and that has led not only to questions, but also disappointment about the lack of involvement from Lena Waithe and questions as to how much she knew about the situation. Waithe claims she was told of the actor’s alleged actions only after the first season wrapped, but that means she knew about it and didn’t do anything to, at the very least, make Tiffany Boone feel safe.

In a statement to THR, Floyd makes the claim that Waithe was aware of the situation: “When I took the helm in season two, it was Lena who informed me of the issues between Jason Mitchell and Tiffany Boone from season one, and that Tiffany was thinking of leaving the show because of it. As a result of this information, I discussed Tiffany’s claims with the studio’s HR department and set up HR presentations for the writers, cast and crew. Ultimately, everyone was well aware of Jason’s behavior and his multiple HR cases, including Lena, the creator and an executive producer of the show, who is very involved at the studio and network level.”

Floyd says that as the showrunner she did “everything [she] could” to deal with his behavior and spoke to the studio’s HR department several times, “before I became a target of his rage and inappropriateness, and had to report him to HR, as well.” Executives claim they learned only after Mitchell was terminated that at least one other actress had allegedly experienced issues with him. A source close to the situation says Mitchell was allowed to remain, following an HR complaint, because the belief was that he was entitled to a second chance.

This is really sad and depressing news, because a Black women felt like she was forced out of work due to these actions, while the alleged perpetrator was treated as a tragic tale. A lot of people have hard lives—a lot of Black men and women have hard lives—but that does not mean taking out your trauma on other people, especially those more vulnerable than you. That’s not you being a victim. That’s you being a bully.

I can understand why Lena Waithe, as a Black and queer woman, would want to give a second chance to a Black man—why she would want to not throw him away—but in this situation, the person who needed to be protected was Tiffany Boone and the other Black women who were dealing with his misconduct. Vibe has reported that Boone was shamed online for accusing Mitchell of sexual harassment when the claims first emerged last week. It was said that she allegedly felt so unsafe with Mitchell that she would bring her fiancé to set, actor Marque Richardson, when she shot scenes with him.

That is unacceptable. If Mitchell has things to unpack, then he should go to therapy and seek help so that he can get better and be worthy of the grace that comes with a second chance. He shouldn’t use women’s bodies as his therapy, and a creator who claims to be supportive of  Time’s Up should understand that. Black women cannot be his emotional labor, and the fact that the women of Desperados, which stars Anna Camp, Nasim Pedrad, Heather Graham, and Sarah Burns (three white women and one Iranian woman), were allowed to have their feelings hurt and Boone/Floyd wasn’t is a reminder that if you really want to break the wheel, you have to be willing to stand up for the most disrespected among us. As a wise man once said, “The most unprotected person in America is the Black woman.”

In her own statement, Waithe focuses only on Boone, saying, “I think Tiffany is a wonderful actress and an extremely brave woman. I wish her nothing but success in the future. I look forward to getting back to work on season three.”

Just as we rallied around Eliza Dushku with The Bull, I hope that other feminist organizations will also support Boone and the other women of The Chi who had to deal with this kind of behavior.