Featuring Festival tracks from Bowie to Blur to Bruce ... 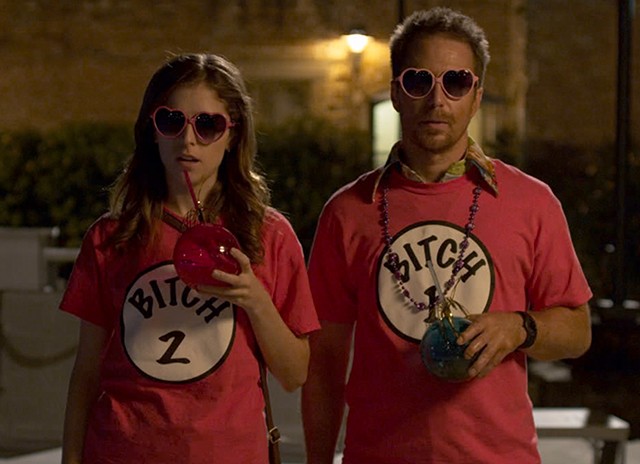 As the Toronto International Film Fest drops the curtain on its fortieth fortnight, the final film to debut as part of this year’s big-name Gala programme comes courtesy of Spanish filmmaker Paco Cabezas. Though by no means a household name (yet), his action rom-com Mr. Right contains more than a few familiar faces including our future BFF Anna Kendrick and the always stellar Sam Rockwell. Given the hitman-with-a-twist pic also happens to star RZA (as all films should), it may not be too surprising to know that the movie also features some memorable tunes—not least of which is newbie indie band Saint Motel’s “My Type.”

But the musical memories didn’t just start with TIFF’s cinematic closer. From Bowie to Blur to Bruce Springsteen (to the most memorable use of ABBA since Muriel’s Wedding), this year’s full slate of films have seen some rather noticeable and effective aural accompaniments. So join us as we take a trip back over the past ten days with some favorite tunes and tracks from the movies that impressed.

The songs presented below are listed without surrounding context to spare you any spoilers (you’re welcome!) but just trust that they’re each memorable in their way! So without further ado, we present TIFF 2015: The Playlist. Naturally, there are 15 tracks, because we loves us some symmetry.