8 Grams of Thorium Could Power a Car For a Lifetime 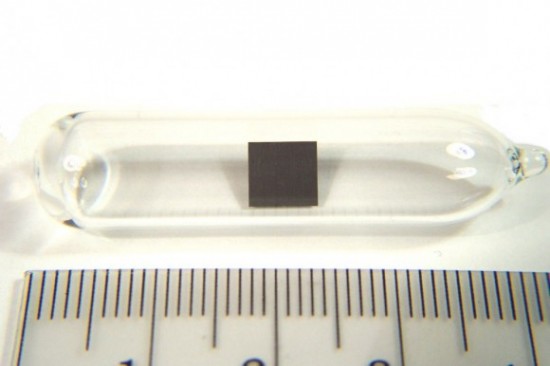 Nuclear powered cars aren’t exactly a new idea, designers have been fantasizing about them for decades. However, recent research by Charles Stevens, head of Laser Power Systems, suggests that it may be far more possible than previously imagined. The problem Stevens was setting out to solve was bigger than “getting off gas” but rather, the problem of having to fuel cars at all. He believes that 8 grams of the rare-earth mineral thorium, lasers, and mini-turbines could solve that problem by providing the equivalent of 60,000 gallons of gasoline, enough to take a Hummer 960,000 miles, all with no emissions.

Granted, thorium is radioactive, which screams “dangerous” to many people, but it is a lot safer than, say, uranium. According to Stevens, its radioactivity could be easily confined with aluminum foil. The bigger hurdles with the technology hardly involve radioactivity at all: While there are 440,000 tons of thorium in the U.S. alone, no one has really set up any facilities for the purpose of mining it out. That may have to change.

The other issue — a frustratingly practical one — is the matter of making the turbines small enough to fit comfortably in the car and still provide sufficient energy to keep it moving. Still, Stevens expects that he can have a prototype by 2014.

The move from gasoline to hybrid, electric, and ethanol is going pretty slowly at the moment, and one large reason (besides price) is the comparative inconvenience of some of those technologies. Getting your ethanol or having your battery charged can be a lot more annoying than getting gas, and if you have a hybrid it’s not any harder, but it still isn’t any easier. Stevens’ technology could prove to be a game changer because not only is it greener, but you would never have to pay for fuel of any sort ever again and that’s a huge selling point from an economic and convenience perspective.

I’m getting carried away here though. The fact of the matter is that if this technology does eventually reach prototype stage, there is going to be a lot of “but it’s nuclear” fear; the need for millions of dollars for research and production; a thorium mining infrastructure that needs to be built; and if it ever reached consumers, the cars would doubtless be expensive and experimental and there’s no telling what might go wrong. For the moment though, I’ll just hope that I only have to fantasize about nuclear powered cars for a few more decades.