Thor’s Supporting Characters Really Got Screwed by the MCU While there’s a lot of suffering to go around in Avengers: Infinity War, no one has had a worse day than Thor, and no one has a bleaker Marvel future than the characters who orbited him.

After the amazing technicolor dream that was Thor: Ragnarok, Infinity War is a brutal gauntlet (sorry) for the God of Thunder. The entire opening genocide scene—always an interesting way to start off a film—exists to completely destroy Thor’s known universe and set him on a path of revenge against Thanos.

In less than ten minutes, we see a bound Thor forced to watch the slaughter of his best friend Heimdall and then his brother Loki whilst surrounded by the bodies of the people in his charge. The self-proclaimed Most Powerful Avenger is helpless to stop any of it, and later, as he clings to Loki’s body in agony, he gets exploded out into space like so much detritus. Hey, kids, welcome to Infinity War!

We knew we were in for it when the Marvel logo showed up onscreen without the traditional music, but even close Thor-watchers like myself had thought maybe the Russos wouldn’t go that dark that quickly. It would appear, however, that the MCU is intent on taking apart the extended Thor universe that it built since 2011, piece by piece.

The terrified distress call from the Asgardian vessel that is the first thing we hear in Infinity War, pleading that they have few fighters and are mostly women and children, was voiced by original Thor director Kenneth Branagh, in what would seem to be a nod to giving the franchise its final bow and have it come full-circle.

But Infinity War is merely the latest chapter in an extremely bleak volume for Thor and everyone he knows. Ragnarok will be best remembered for being a comedic Jack Kirby-colored space romp, but it begins with the death of Thor’s powerful father, Odin (the great Anthony Hopkins, chewing the scenery), completing the loss of both of Thor and Loki’s parents in the course of two films.

Jane Foster (Natalie Portman, gone to the land of post-Oscar win), Thor’s romantic interest in two movies and cited in more, is dismissed from the scene in a single exchange. “Sorry to hear that Jane dumped you,” the selfie-taking Earth girls tell Thor. “She didn’t dump me, I dumped her,” Thor splutters, before landing on, “it was a mutual dumping,” while Loki pats his back sympathetically.

I didn’t need to see this chemistry-less romance dragged out, but it’s odd that Thor should be made to seem so totally unaffected by his breakup with a woman who played a large role in his life and in previous film installments. C’mon, Taika, at least give us some details of how it went down. We want the drama. 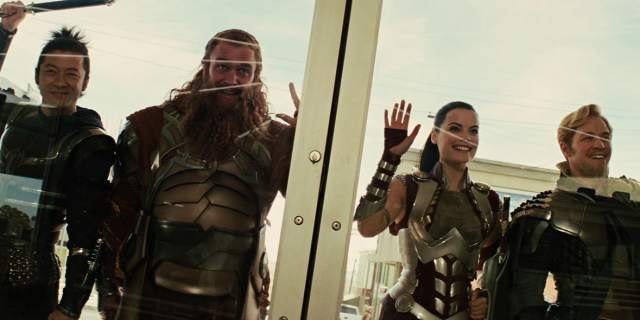 Compared to the other characters in Thor’s orbit, however, Jane, and presumably Darcy and Dr. Selvig, get off easy by not being dead. Thor’s other best friends, the Warriors Three—Hogun, Fandral, and Volstagg—are systematically dispatched by the villainous Hela when she takes Asgard in Ragnarok.

Volstagg and Fandral don’t even get more than a line or two in before they die, never to be mentioned again. Hogun receives a more extended battle-sequence leading Asgard’s warriors against Hela before he, too, horribly meets his end. It would appear that no one told Thor about any of this, considering he doesn’t get to react to the loss of his companions.

There’s nary a mention of the Warriors Three’s sacrifice from our warrior-king or lip service from any other character. Integral in the comics and not an insignificant presence in the prior Thor films, the callous treatment of the Warriors’ life and death is one of my only major problems with Ragnarok. And let’s not even get started on Lady Sif (the lovely Jaimie Alexander, likely getting tattooed somewhere), also a big part of Thor’s life, who does not appear in Ragnarok (due to Blindspot scheduling difficulties) and is never spoken of. 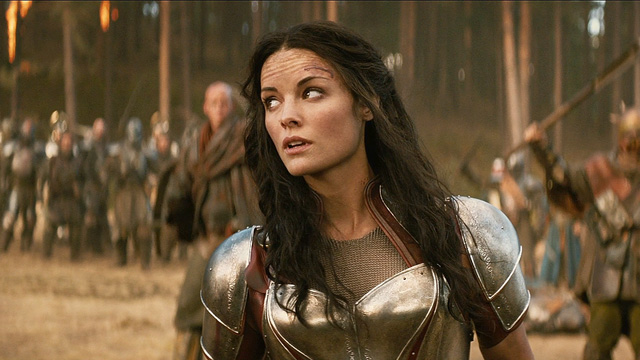 “Thank the Gods that Sif is away from Asgard,” Volstagg, or Fandral, Hogun, or anyone could have gasped with their dying breath, to at least acknowledge this once-important character. It’s unlikely we’ll ever see Sif again, considering the slim likelihood of another independent Thor movie existing.

Chris Hemsworth’s contract is up after Avengers 4, and he hasn’t been shy about his boredom with playing Thor before Ragnarok shook things up; he’s alluded to being open to a possible return if Taika Waititi directed again, but I wouldn’t bet any gold the Asgardians won through bloody conquest and colonizing on it.

Another independent Thor movie existing is further complicated by the fact that everyone Thor loves is dead or missing, though if Marvel is interested in my screenplay Thor: The Search for Sif they can call me.

I mourn the elimination of the women in Thor’s life because unlike many superhero movie-adjacent ladies, they are whipsmart, strong, and independent of the hero. This is rare and quite precious, and they should not be treated as so disposable. 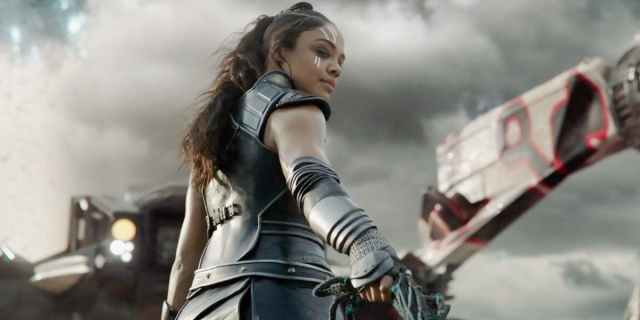 We were given another excellent Thor lady, perhaps the peak Thor lady, in Tessa Thompson’s hard-drinking, no-nonsense, ass-kicking Valkyrie. Valkyrie emerged from Ragnarok a fan favorite and a perfect new sidekick for Thor.

While the Russos confirmed post-Infinity War that Valkyrie survived Thanos’ attack and is alive somewhere in space, we have no idea if she will be in Avengers 4 (fingers crossed) or, Odin willing, the Thompson-proposed Lady Avengers-type film that Marvel would be foolish not to make.

But in a pattern that I hope you will see emerging where Thor’s inner circle is concerned, Valkyrie has zero presence or mentions in Infinity War; we only know her fate because of a fan’s recent question to Joe Russo. Ragnarok faves Korg and Miek also vanished without a trace.

Then there are those bigger deaths—the losses that we at least get to see Thor witness and be affected by: Heimdall and Loki. Heimdall (Idris Elba, blessed be his name) grew along with Elba’s star power to a more significant role in the Thorverse, and we get a few spare seconds with him in Infinity War as a result.

Heimdall’s final act is to channel “the Dark Magic” one last time, sending Hulk back to Earth for Plot Reasons, and not sending Thanos straight into the middle of a supernova for reasons unknown. (It could’ve been a short movie.)

Heimdall is then stabbed through the chest; it is his death that prompts Thor to swear that Thanos will pay for what he’s done. One beloved Thor character down in a glorified cameo, one to go. This is not how you should dispatch much-adored characters with extensive film histories.

I’ve already written about Loki’s death, and how I’m glad Infinity War didn’t erase the reconciliation he and Thor reached in Ragnarok. Taking Loki out after he appeared to betray Thor would’ve incensed the fans who are already furious about his death; it would have been completely counterintuitive to the character arc building since The Dark World.

At least Loki dies in a misguided attempt to attack Thanos, and before that he tries to make Thor feel a little better (“I assure you brother, the sun will shine on us again”). 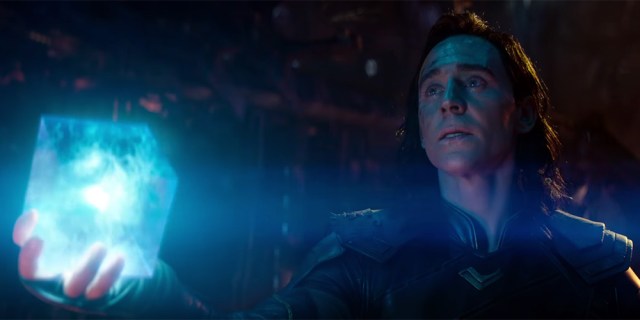 But if there are any Thor supporting characters who deserved more to do, and better treatment from the MCU, it’s Loki. Tom Hiddleston (a fairy-tale prince brought to life by a witch’s spell) is a fantastic actor who single-handedly turned Loki from what could’ve been a one-off, one-note role into Marvel’s most popular and most significant villain/antihero for nearly a decade. Because of Loki’s movie popularity, other acclaimed incarnations of him have sprung up in the comics, and the character has an extremely dedicated fan following.

While Infinity War played him right in not betraying his brother in the end, the rest of Loki’s death makes little sense for his character. Over the years we’ve learned that Loki is a genius sorcerer with a deep self-preservation streak and an endless bag of tricks.

Then, in Infinity War, we’re supposed to believe that he would choose to attack Thanos with a tiny knife. This is like bringing idiocy to a gunfight. Loki is the only person on the Asgardian vessel who knows exactly who Thanos is and what he’s capable of, and yet the audience is meant to accept that his final move would be a stupid one with zero chance of success.

It doesn’t fit, and it’s not worthy of the character or Hiddleston. Loki’s death is also the most egregiously violent in Infinity War, like the Russos just really needed to twist those screws on Thor’s very bad day. 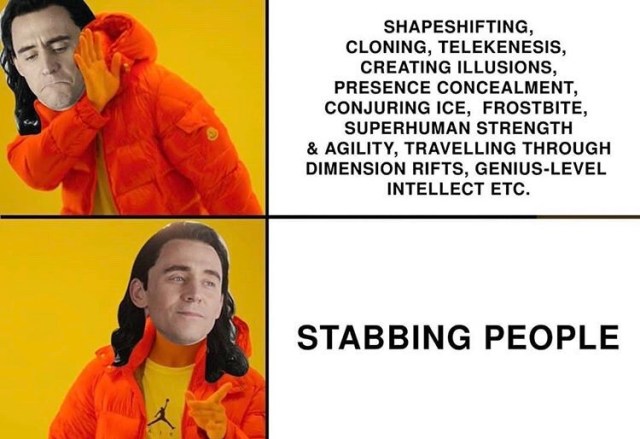 I’ve been thinking about Thor’s supporting characters because we spent too much time with them, developing attachments, to have them dispatched so poorly. Their world—a special place apart from Earth—was developed over the course of three films, only to be quite literally torched in Ragnarok, with a last-gasp implosion in Infinity War. And while many of the dusted Infinity War folks will somehow be resurrected in Avengers 4, Thor’s characters died real deaths and are almost certainly not coming back.

This seems like a huge waste, especially if all of this murder is merely there to make Thor sad and angry and committed to bringing down Thanos. Let’s be real—he would’ve done that anyway. The MCU didn’t need to remove absolutely everyone associated with him so callously.

To see these characters cast aside, ignored, and slaughtered is frustrating, and it would seem a unique Thor-based affliction. Imagine Tony Stark having a single throwaway line about breaking up with Pepper Potts, or Bucky Barnes getting stabbed to death onscreen and Steve Rogers never mentioning it.

Thor was the only Marvel universe that we had that was built entirely around a dedicated and recurring cast of friends and family. A hero is at least partially defined by what he is fighting for, and Thor’s home and loved ones are now all lost. This is likely intended to set him up for a glorious self-sacrificing exit in Avengers 4. But if everyone had to be cut out of Thor’s life for his narrative to continue, it could have been done with much more grace and much better storytelling: with a scalpel, instead of an axe.