Being Mad About ‘Lady Thor’ Means You’re a Fake Fan

That's Mighty Thor to you. 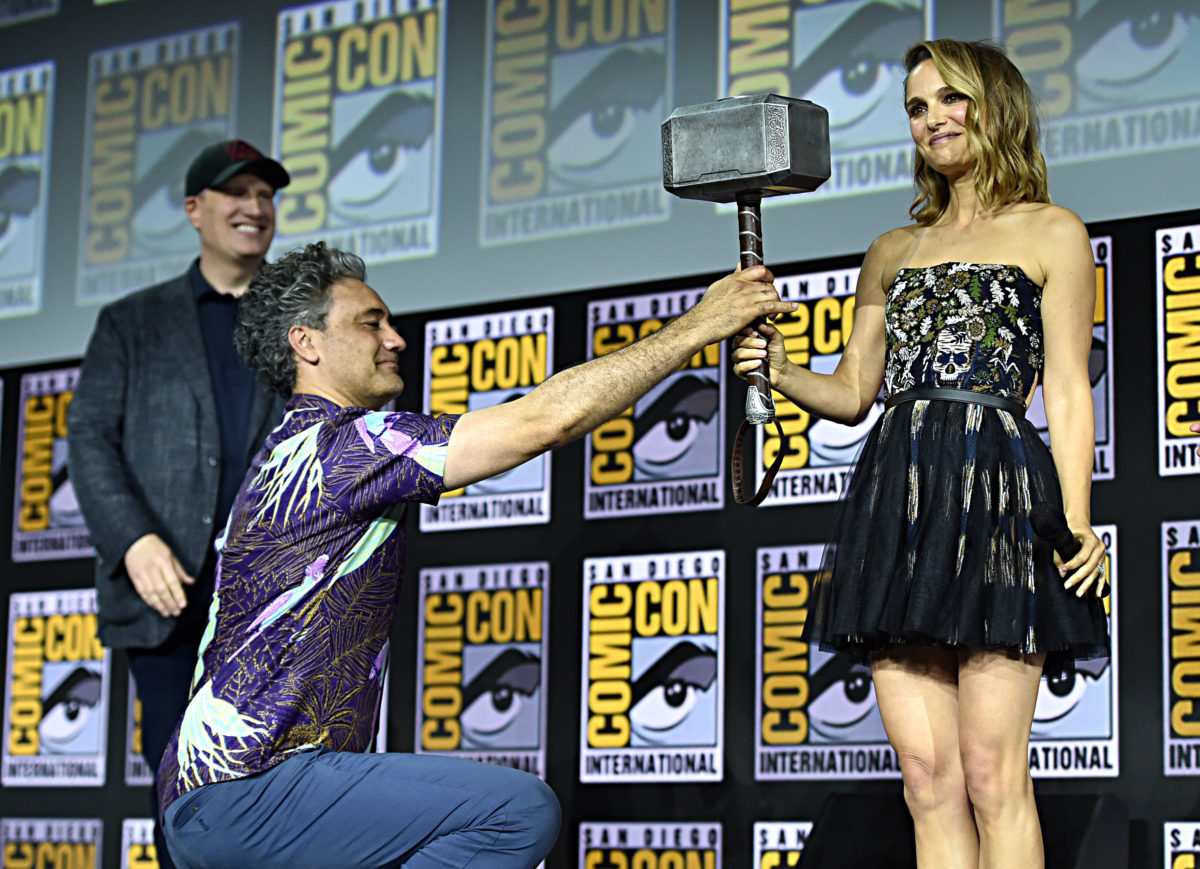 First of all, she’s Mighty Thor, so get your facts straight. Second, being mad that Jane Foster is worthy of the hammer shows that you know nothing of the Thor comics and, more importantly, shows you’re sexist. Yeah, I said it. SEXIST. Mainly because, if Thor and Steve Rogers can be worthy of the hammer, why can’t Jane Foster? Because she has a vagina?

Let’s be real. Which Thor do you think most women really want to see? pic.twitter.com/gkkN9dsh2p

PulpHero over here isn’t the only one to have a time over “Lady Thor” (which, again, is not her name). One Angry Gamer went on a rant, and then another site felt the need to say, “SEE? THE MEDIA IS SAYING IT IS AN OUTRAGE, BUT IT WAS A PLOY!” like they didn’t just scream for an extended amount of time about a woman being worthy.

My patience for this kind of tomfoolery is very limited. In the One Angry Gamer piece, they bash the comics era of Jane taking on the hammer:

For those of you unfamiliar with the Female Thor, it was as bad as everyone said it was, laced with the sort of propaganda that the Marvel comics have become infamous for — so infamous that many of those comics ended up on the Get Woke; Go Broke Master List — and included blatant agitprop such as Jane sharing an interracial kiss with Falcon after beating up some “racist” agitators.

Yes, I read this. Feel bad for me.

There were some … wild takes out there, like one claiming that suddenly people who worship Thor for their faith would have a problem with this. (They probably loved drunk gamer Thor, though, right?)

Just a thought. Since some actually worship Thor. This could be offencive to their faith. I dare them to make a movie about the life of the profet Muhammed, but it must be woke and he should be made a woman instead. But I bet they don’t have the stones.

And even responses that just make you stare into an non-existent camera like you’re Jim and this is The Office.

i didn’t know thor underwent gender reassignment surgery? i guess they forgot to include that bit in endgame

It even got to the point where someone pointed out that the complainers don’t know anything about the Thor comics because … she is, in fact, Thor.

She isnt Thor….and Natalie Portman hasn’t played a leading roll in a successful franchise since the prequels

Don’t worry, though. We got all the way to “It’s ruining the MCU.”

I’m not mad. I’m just not gonna go see it. It is mildly upsetting they are gonna ruin the MCU, but it’s the current trend in movies and TV.

Wouldn’t be complete without one of those.

It’s part of an epidemic, people being angry that a woman is occupying space and breathing air, because how dare we, right?

But, the One Angry Gamer piece and other angry responders have fueled many of us in a positive way, talking about Mighty Thor and our excitement for the return of Jane Foster.

Imagining all the basement-dwelling incel fanboys angry over Lady Thor in Thor 4 … pic.twitter.com/8F7IFJjcfK

Glad to see a female Thor wielding the hammer this time around. All the haters are just jealous they’re not worthy of mjolnir. https://t.co/McowdDmPLt

And, you know, she’s not just Thor or even Mighty Thor.

I think we’re all missing the point here. Jane Foster has a PhD in astrophysics. She isn’t “female Thor” or “girl Thor.” She’s DR. Thor

Anyway, this has been a comic series that is great, and Jane Foster being worthy of the hammer is a move by the MCU that’s right in line with their comics, so take your angry tears and let all of us who are excited drink them up. MIGHTY THOR FOR PRESIDENT.