This Year’s Oscar Commercials Were as Political As the Speeches 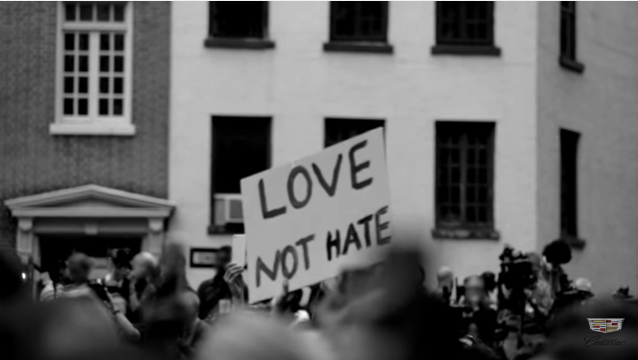 For the first time in the newspaper’s 150+ history, the New York Times has run a television ad. The commercial, which aired during tonight’s Oscars, focuses on the idea of the truth. You know, that thing Trump keeps saying they don’t care about.

But the New York times wasn’t the only ad with political content. Much like this year’s Super Bowl ads, the night’s commercial content skewed heavily towards themes of activism and cultural politics.

Ostensibly, there’s nothing political about this Audible ad, which features Zachary Quinto reading a book aloud. But when that book is 1984, there can be no doubt that that choice was acutely deliberate.

This Cadillac ad proposes the idea that “we’re not the same, we can be one.”

There was also this ad from GE, which imagines a world in which scientists like Millie Dresselhaus–the “queen of carbon science”– are treated like celebrities.

Can we all please move to that world?