Workplace gaslighting continues to be the worst. 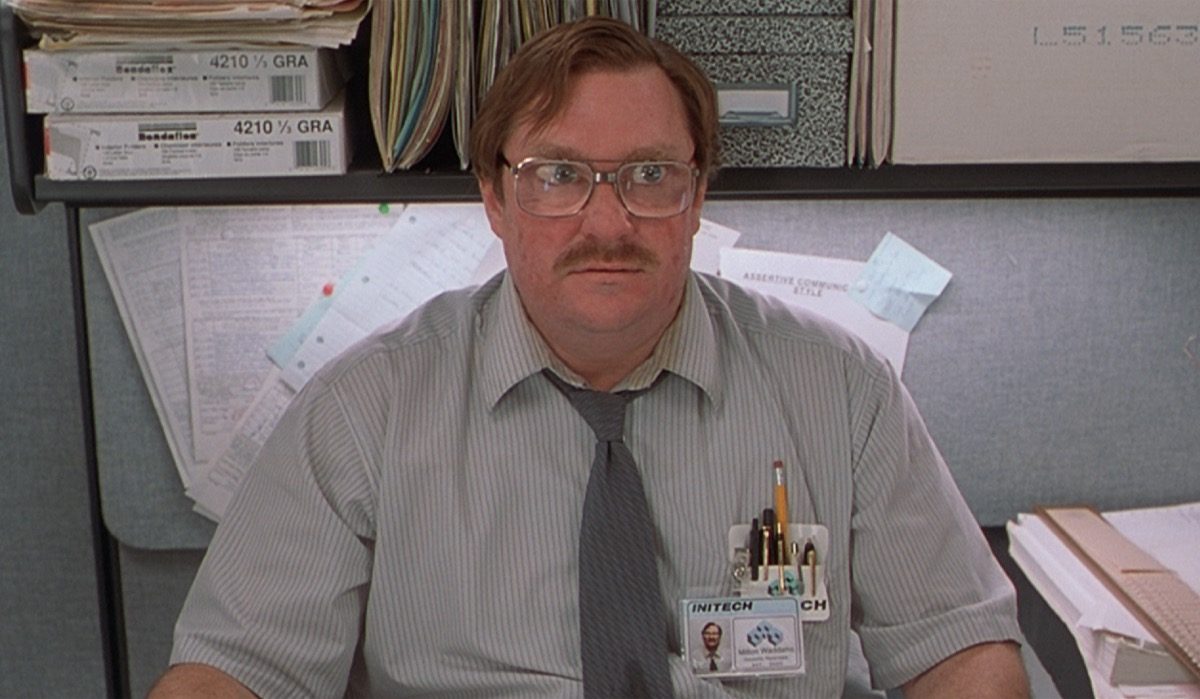 The fine art of quitting a job that’s been treating you like the stain at the bottom of a trash can is nothing new, but it seems especially prevalent as we continue to deal with COVID. From the sudden “essential worker” label that tried to pretty up the fact that folks were overworked, underpaid, and having to do it all during a pandemic, to endless conversations about paying workers a living wage, it’s no surprise that employees are fed up.

There’s a work shortage for a reason, as tweets like this one demonstrate.

“Mail me my check.” pic.twitter.com/MOs2wTzD7X

There’s no date on the screenshot so there’s no telling if this was a recent text or not, but in any context, calling someone a “victim” because their father passed away and you yourself have lost loved ones yet still came to work is extremely distasteful. The unfortunate truth of the matter is you (or someone you know) probably isn’t a stranger to having a manager who basically boils someone’s trauma down to, “Damn, that sucks, see you on Monday?”

Mail me my check, please.

being a victim would be… letting a shit boss drag you in during bereavement leave, really.

It’s especially heartless if this IS a recent message, as COVID has taken so many lives yet we haven’t really been given any time to process it. The reality of COVID is that someone might need time off not just because they’re burnt out, but because someone has died. Asking for at least one day off shouldn’t be such a daunting task.

As is the case with viral tweets like this, many have been sharing their own work horror stories on what has led them to walk away from a job. Again, there are no dates to say that these stories happened during COVID, but the fact that they happened at all is abysmal.

If people can achieve pinnacle performance sitting, why not let everyone sit?

You know these jagoff managers will hold your check hostage, why waste gas driving to get it? Tell them put it in the mail. 😆

As someone who used to work retail, I can’t help but think back to my own experiences and what I was actually willing to put up with for bare minimum wage. I’m narrowing it down to three that stand out to me:

-Working with bronchitis and having to go to the emergency room after my shift.

-Being asked if I was still coming into work after I told them someone had broken into my apartment so I didn’t want to leave my wife (girlfriend at the time) alone.

-Not being allowed to close the store early during a 27 inch snowstorm despite every other store in the city closing for obvious reasons.

What’s interesting to me is that even if I haven’t worked retail in years I still have this mindset of working beyond my limits until I’m trying to figure out why I’m so tired or crying over the most random thing because I’m THAT stressed. After years of working in a retail environment that would side eye me using the PTO THAT I EARNED, I still try and figure out a way to work through impossible circumstances. I work from home, so why not bring my laptop into bed while I’m sick, or check my work emails while on vacation just for a second?

Seeing others share their own horrible work stories is always this mix of “it wasn’t just me going through this” and “damn, managers still act like this?” You always hope that work conditions would improve (especially now), but as it stands, people still have dreadful stories about unreasonable bosses who tell them that this is a “team effort” or that they’re “part of a family” so they have to “try harder” – emergencies be damned.

I suppose the positive takeaway from this is that now, more than ever, people seem to be willing to demand better for themselves, finding alternate ways to make a living that don’t involve being gaslit into coming into work instead of resting or grieving.

I would’ve knocked her out

Managers like the ones in these tweets don’t grasp how far we’re willing to go for the sake of a job, often overplaying their hand until, well, they unintentionally end up on Twitter.

It’s that and landlords, baby.