It's vague, open-ended, and extremely dangerous. 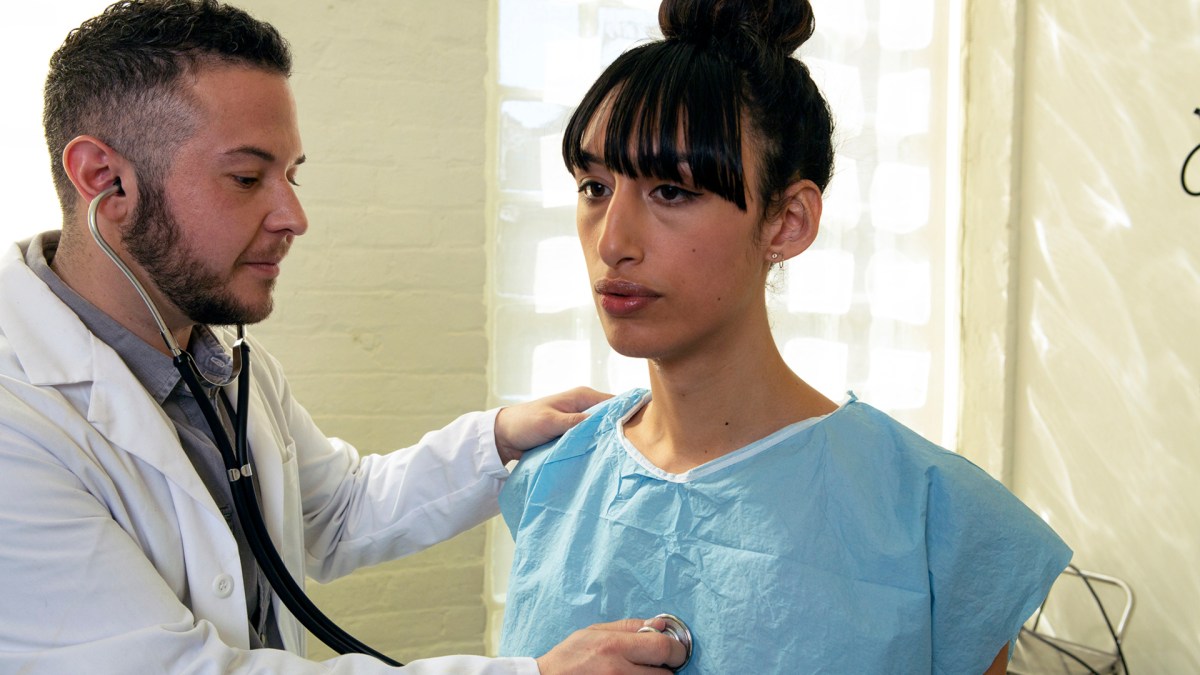 Right-wing bills targeting marginalized Americans are the status quo in U.S. politics. They have been for years. New legislation passed by Republican-controlled chambers further harden discriminatory beliefs, giving them more institutional power than ever before. Let’s not mince words here, things are getting really scary if you live in a red state. And a new bill that just passed through a Florida subcommittee drives home just how dangerous life is getting for trans Americans.

Florida House Bill 747, “Protections of Medical Conscience,” is a Republican-led bill that argues health care providers and payers “should not be compelled to participate in or pay for any health care service that the providers or payer objects to on the basis of conscience.” Conscience is defined as the providers’ or payers’ “religious, moral, or ethical beliefs or principles.” The bill would provide protection against “adverse action” for medical conscience objections and grant immunity “from civil, criminal, or administrative liability for exercising the right of conscience with respect to health care service.”

In other words, the legislation grants legal ground to deny LGBTQ+ patients care, Florida House Representative Michele Rayner-Goolsby (D) warned on Twitter. In a viral thread, Rayner-Goolsby said the bill “prioritizes the beliefs of healthcare providers above a patient’s well-being” and provides policies that “allow discrimination and endanger our most vulnerable.”

I am in committee this morning where we are hearing a bill titled 'Protections of Medical Conscience' (SB1820/HB747). This bill allows health care providers & insurers to deny a patient any sort of care on the basis of the providers’ religious, moral, or ethical beliefs.

It gives those who deny care immunity from civil, criminal, or administrative liability for denying to care for a patient. 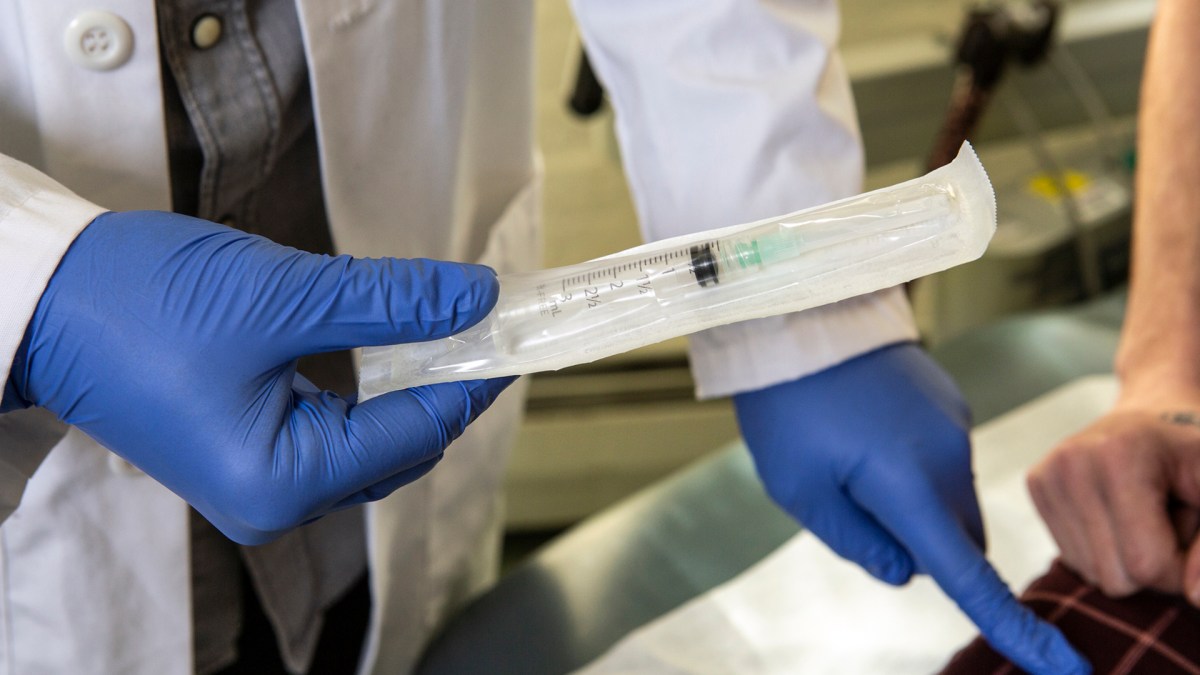 HB 747 doesn’t explicitly state what kind of health care services could be rejected, but per Florida law, it does define “health care providers” as everything from clinical laboratories to pharmacies, as well as individual health care practitioners and licensed care providers, like pharmacists.

“Health care services” are “inpatient or outpatient tests or treatments of a human disease, condition, or dysfunction or medical or other health care-related research.” To “participate” in this context is “to take part in any way in providing a health care service or any part of such service.” And health care payers are, you guessed it, insurance companies and health coverage organizations.

In other words, HB 747 would theoretically give pharmacists, doctors, nurses, laboratory technicians, and Florida insurance groups the right to reject participation in health care treatment during any part of the treatment process. It’s easy to see how this would devastate trans people in Florida. A trans woman who needs her HRT prescription refilled could go home empty after her local pharmacist decides filling an estradiol prescription violates her “medical conscience.” A laboratory technician could refuse to analyze blood test results out of fear that their report back could help a trans man access testosterone injections. A hospital psychiatrist could reject filing an antidepressant for a trans nonbinary patient, claiming it would “enable” their gender dysphoria. And massage therapists, which are also listed as health care practitioners under Florida law, would also have legal ground to discriminate.

The bill only covers “medical conscience” claims for “nonemergency services,” but that’s it. It’s entirely plausible that a trans person experiencing a serious but non-life-threatening medical symptom, such as a high fever or intense cough, could be turned away by a doctor — because treating a patient who has transitioned genders violates the medical provider’s “religious, moral, or ethical beliefs or principles.” The bill would then protect the doctor from legal action by the trans patient or their family.

Outright negligence is theoretically possible too. Florida law defines an emergency medical condition as one “manifesting itself by acute symptoms of sufficient severity,” where a lack of medical attention could provide “serious jeopardy to the health of a patient,” impair bodily functions, or “dysfunction” body parts and organs. A doctor who declares a trans patient doesn’t truly experience acute symptoms, or is simply imagining them, could then claim medical conscience to deny further medical assistance.

Scary, right? If HB 747 sounds like an opportunity for overreach backed by criminal immunity, you aren’t wrong. Rep. Rayner-Goolsby warned just as much, explaining how the bill would give leeway for, say, a nurse to change a patient’s end of life care or ignore do-not-resuscitate orders out of “medical conscience.”

My question: Could a nursing home or nurse override a patient's end of life care or DNR?
A: End of life care and DNR would not be impacted
Q: Is that outlined in this bill?
A: No

Both cannot be true. Either this bill allows discrimination based on the basis of conscience or it does not.

1. This bill is very broad and ambiguous
2. We are opening the doors for lawsuits
3. We are codifying discriminatory acts

Were this to enter law, it’s true that, sure, not all Florida care providers would discriminate against a trans person who needs medical attention. But all it takes is one bad health care provider, or one insurance company that won’t pay for bottom surgery, to fuck up trans people’s life. These kind of bills leave a chilling effect on trans Americans.

This bill would make medical discrimination a state right, and it would not just impact trans people. No, anyone who finds their bodies and their lives discriminated against based on “religious, moral, or ethical” grounds would be in the crosshairs. Sex workers, people seeking abortions, cis women accessing birth control, people of color, and those who exist on one or several intersecting axes of those identities would all face intense scrutiny in their medical lives under this law. Black trans women are at particular risk, for example, of intense medical discrimination due to transmisogynoir. Indeed, anti-Black discrimination has a long history in American medicine, one that HB 747 would only further enable.

“There was a time in this country when it was legal for doctors to deny treatment to Black and Brown folks because that was their conscience,” Rayner-Goolsby wrote on Twitter. “Now, it seems we’re codifying this again. We need to break cycles of oppression and discrimination, not repeat them.”