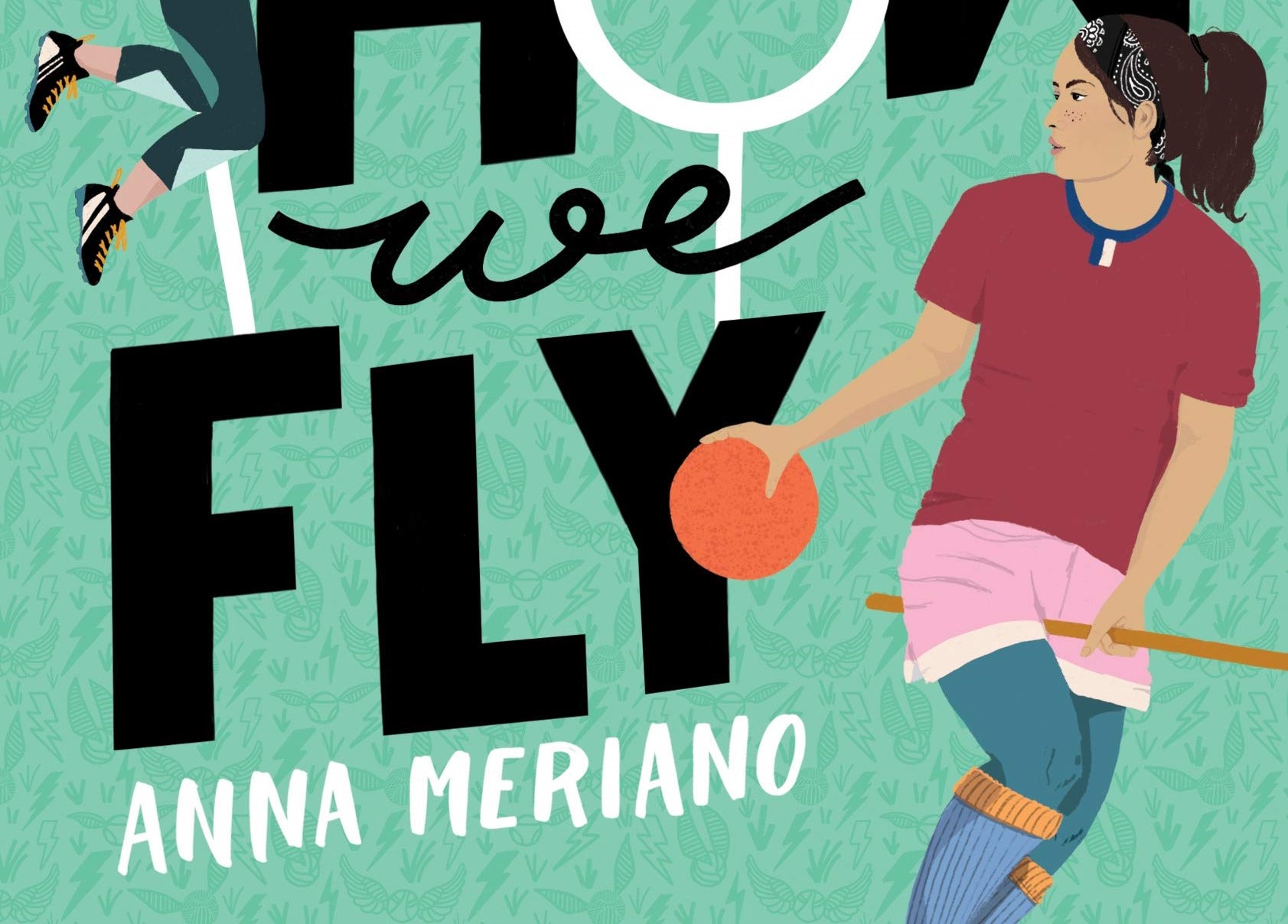 As someone who’s loved Harry Potter since she was 8 (and who definitely spent endless nights during elementary school waiting for her Hogwarts letter) I was heartbroken by the massively transphobic behavior J.K. Rowling displayed throughout not only this year—but up until this very moment. It put a bad taste in my mouth, and tainted the wonderful magic of the book series I had grown to love and appreciate as an innate part of myself.

How could I imagine continuing to support Harry Potter, when its author had become such a problematic and harmful figure? What made me even fall in love with the series in the first place? It became increasingly harder to remember the more Rowling dug herself into a hole a bigotry.

But then came This Is How We Fly—a lighthearted YA contemporary novel by Anna Meriano, about the escapades of Ellen Lopez-Rourke, who decides to join her local Quidditch team after getting grounded for the summer. As I dived into the book, the memories and nostalgia came back to me: Harry Potter was an incredibly dazzling book, but what truly brought its magic to life were the fans—the community, and the love shared by like-minded kindred spirits who were all finding themselves in the world.

This Is How We Fly encapsulates the beauty of that fandom community. In the novel, Ellen is at a crossroads between adolescence and adulthood, with many insecurities and questions eating at her as she embarks on this new journey of her life—and closes out the old, comfortable chapter of her childhood. She’s still shaping her sense of identity, and it’s through the camaraderie of her Quidditch Team—and fellow Harry Potter lovers—that she is able to truly come of age, and come into her own.

It’s such a familiar feeling that resonates throughout the book—that awkwardness of navigating new friendships (while drifting away from old ones), cultivating self-confidence, and finding joy in the things that used to make you feel like an oddball.

The Quidditch team of This Is How We Fly is diverse and makes inclusivity its very core—no matter who you are, you’re welcome and you’re celebrated. It beautifully parallels the atmosphere of the real-life Harry Potter fandom, where many often speak on finding (and learning to accept) themselves through the magic and fantastical world that embodies the ethos of the series.

Like with most entries in the YA contemporary canon, This Is How We Fly manages to encapsulate that vivid, slice-of-life nostalgia of self-discovery beautifully, through the mundane day-to-day of “Muggle” Quidditch, to the magic of the friendships and community that birth from it. And for those who too have grown disillusioned with their once-favorite series, this novel reminds you that it’s not just the story that makes fandom special—it’s the people.