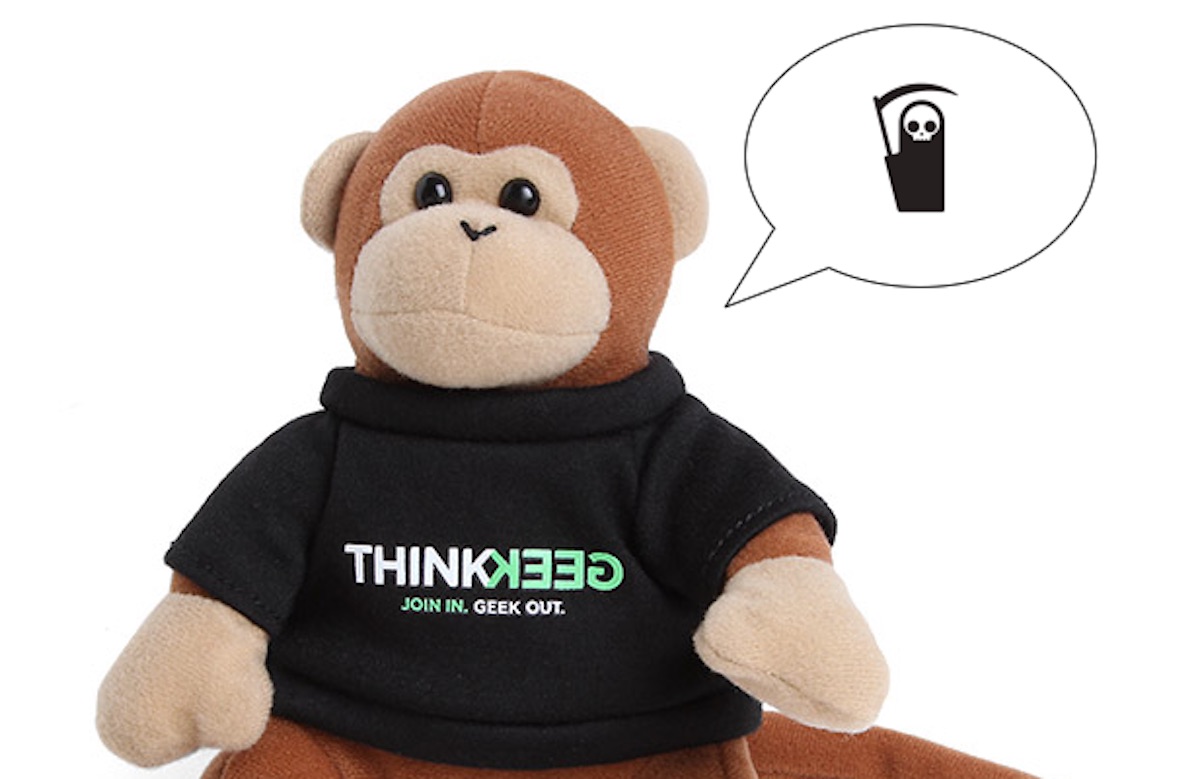 It’s with genuine sadness that I arrive with the news that storied geek merch distributor ThinkGeek is shutting down. It’s being gobbled up via a bunch of corporate speak into GameStop, of which it is a subsidiary. This feels like the end of an era.

The news struck me because ThinkGeek is an Internet institution, sharing space online nearly as long as I have. Founded in 1999, the site and its products were once described as “SharperImage for sysadmins,” which shows its ancient age. ThinkGeek was one of the first purveyors of easily-accessible nerd merch and gadgets, and I remember gazing longingly at its products in high school and college when I had zero means to buy them. 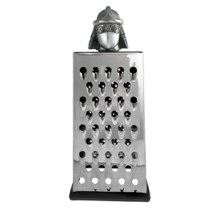 The news site The ToyBook has an excellent breakdown of what’s happening here. While ThinkGeek official messaging is promoting its folding into GameStop as mere “moving,” complete with pictures of mascot Timmy the monkey carrying a cardboard box, the amount of corporate spin coming out from the GameStop side feels positively Office Space-ian:

On its quarterly earnings call last week, recently appointed CEO George Sherman made it clear that redundancies in the collectibles business between ThinkGeek and GameStop would soon be addressed. “What we’ll do with ThinkGeek is produce a redirect. So we’ll be leveraging off the GameStop platform to still have a presence for ThinkGeek, and still have that brand at least initially, while we consolidate the backend operations,” he said.

Earlier this evening, ThinkGeek announced that the site is shutting down, while simultaneously answering “nope” to “Is ThinkGeek shutting down?” on its own FAQ. While the brand is still alive for now as it moves to being “a curated selection of unique items historically found on ThinkGeek.com in a ThinkGeek section at GameStop,” the writing is on the wall.

So while it appears that some ThinkGeek items will still be available via GameStop’s site going forward—likely its most popular bestsellers—there’s no saying how long this will remain the case, or whether any ThinkGeek online branding will exist in the future after Timmy is boxed up and shipped elsewhere.

While the site’s FAQ says that there are no plans for ThinkGeek’s brick-and-mortar stores to close, according to Yahoo! News, ThinkGeek’s web and marketing staff were laid off in June. Yahoo! calls GameStop’s actions a “plan to sunset” the ThinkGeek brand. This all follows a nosedive of GameStop’s shares and missed quarterly earning estimations. It’s hard not to wonder what would have become of ThinkGeek had it been purchased by Hot Topic before GameStop outbid the legacy alternative retailer in 2015.

As GeeksAreSexy points out, there’s at least one small bright spot in this for us, the geek buyers: ThinkGeek will be having a site-wide 50% liquidation sale that you can access using promo code MOVINGDAY. If you have Geek Points, you’ll have to use them by June 30th, 2019 or else they’ll be converted into a “coupon” for use at GameStop. Pour one out today for Timmy and the nerd net that was.