Things We Saw Today: “Yikes! Unfollowing Him Now” Is the Latest Meme to Take Over 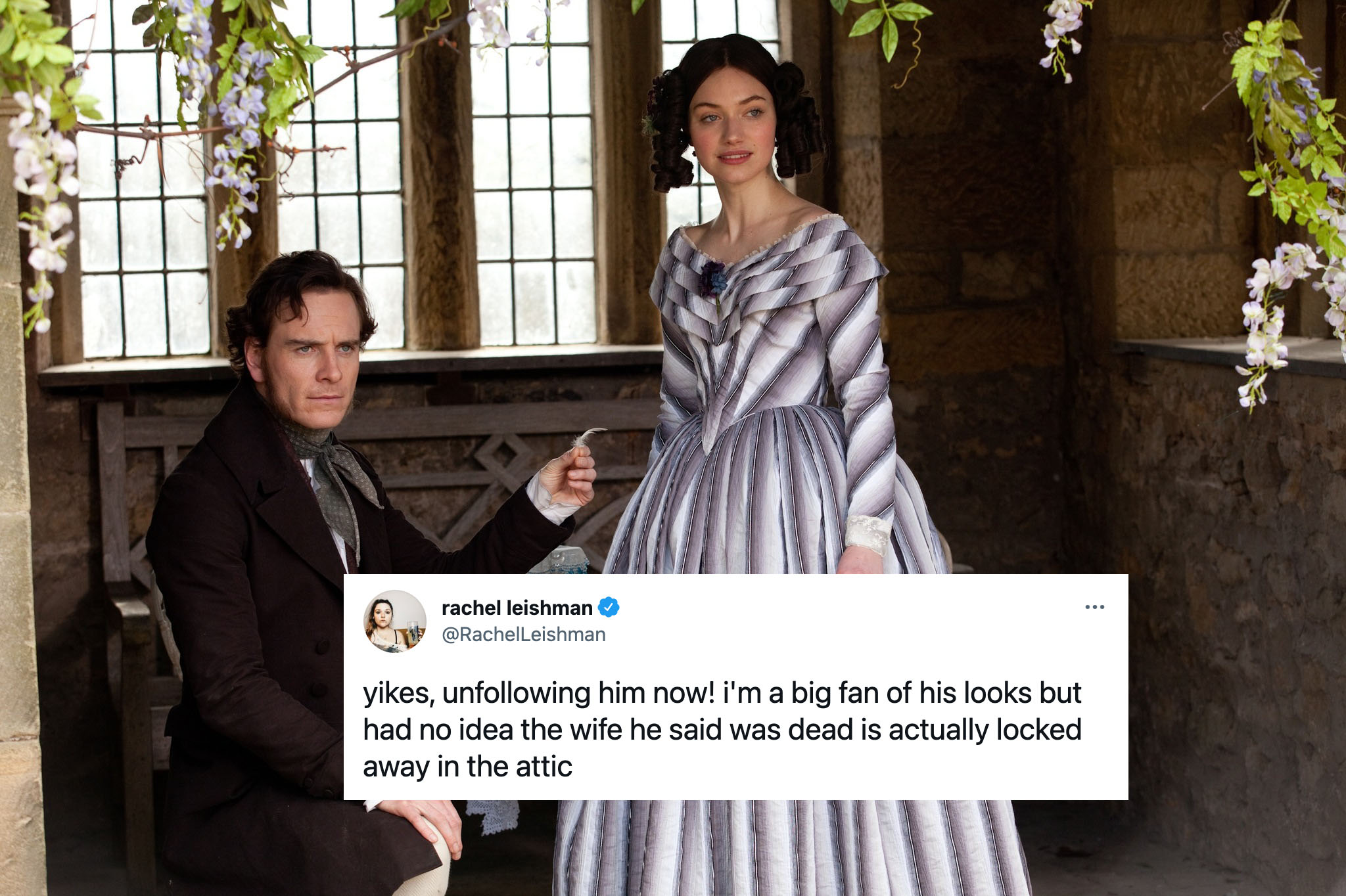 A good meme is a good meme is a good meme, and this one is … well, pretty good. You ever notice how people will get called out for following problematic people and say pretty much the same thing every time? Well, that has become a meme. As Know Your Meme points out, this trend has happened before, but now, everyone is just making fun of the lingo around “unfollowing him now” by relating it to pop culture.

From my own Jane Eyre-inspired tweet to jokes about Morrissey and beyond, this is a meme that will honestly just keep on giving to us all.

yikes, unfollowing him now. i was a fan of his acting, i didn’t realize he was tricking his adopted daughter into marrying him so he could seize her and her siblings’ massive fortune after their parents died in a suspicious fire

yikes, unfollowing him now! I’m a big fan of his politics, I had no idea he sang for the smiths

oof sorry, unfollowing now. really enjoyed his wine, had no idea he lured a man into the catacombs on the promise of a fine vintage and bricked him up in the wall

wow, ok, unfollowing now. was a big fan of that painting of him, was not aware he traded his soul to stay eternally young.

wow, ok, unfollowing now. was a big fan of him being a weird giant weasel, was not aware he killed 27 children

ok wow. unfollowing now… I loved him as a charismatic waste management business owner, I had no idea he was the acting boss of a major Jersey crime syndicate

wow, ok, unfollowing now. was a huge admirer of the limitless passion and creativity she always brought to the misery chastain fan community. had no idea she’d kept paul sheldon as a prisoner in her home and forced him to write a new book, while hobbling him in the process

wow, ok, unfollowing now. was a big fan of him spinning straw in to gold but had no idea he was after the queen’s first-born child

wow ok, unfollowing now. Was a big fan of him moving to New York. Was NOT aware he put one foot forward and ended up 30 yards back.

OK wow… unfollowing now. Was a big fan of the peace and security he’d brought to the galaxy, but I was not aware he was a vessel for the spirits of all the Sith that had come before him or that he’d singlehandedly orchestrated the Clone War, yikes

May you go on and unfollow in peace!