Things We Saw Today: Trump Says He “Doesn’t Remember Much” About His Aide Proposing a Meeting With Putin 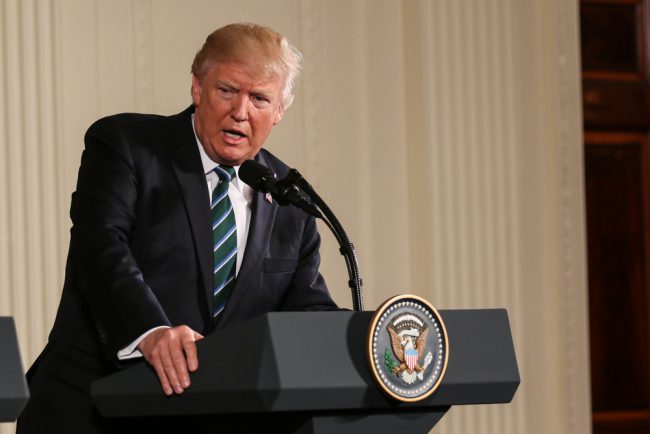 Ever since Mueller Monday, it’s become harder for Trump to scream that the Special Prosecutor’s Russian collusion investigation is a big nothingburger witch hunt—because his former aide George Papadopoulos pleaded guilty to lying to the FBI about his contact with the Russians. Trump says his memory is just so darned fuzzy about the whole thing. Quoth NPR:

“It was a very unimportant meeting, took place a long time ago,” Trump told reporters at the White House before he boarded a helicopter for his trip to Asia.

That March 31, 2016, meeting of Trump’s campaign team has taken on new importance this week after prosecutors disclosed that a young adviser at the table had pleaded guilty to making false statements about the nature of his contacts with Russians last year.

Seeming to take a page out of Jeff Sessions’ notebook—Sessions loves to say that he “doesn’t recall” doing anything incriminating, that it generally turns out later he’s definitely done—Trump told reporters that “I don’t remember much” about the meeting. But we have pictures of him at a table with Papadopoulos (and Sessions!), and that’s when Papadopoulos—a campaign foreign policy adviser, though the Trump admin likes to call him a “low-level volunteer”—apparently suggested setting up a meeting between Trump and Putin.

I mean, who hasn’t forgotten about a proposal to meet with one of your country’s foremost global adversaries—who actively hates your opponent—when you’re running for President? I forget about stuff like that all the time.

Let’s end this Friday with some good news:

So what’s your weekend looking like, and what did you see today?