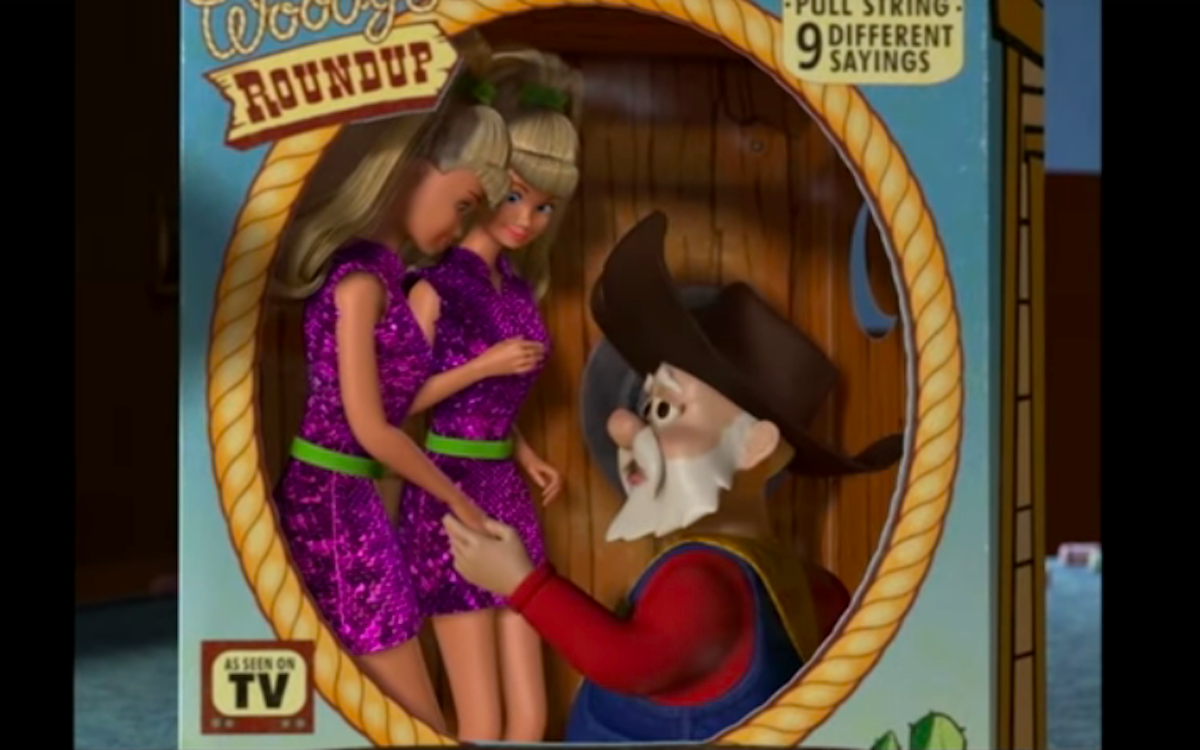 The end credits for Toy Story 2 featured a “blooper reel” of the characters (not the actors) “breaking character” and doing little bits. One of those little bits, which has not aged well at all is of Stinky Pete (Kelsey Grammer) talking to two Barbies, all of them crammed inside his toy box. He’s stroking one of their hands and promising to try to get her a role in the next movie. The creepy implications are clear. (You can watch the scene here.)

This is the kind of scene that should never have been made, but that we used to laugh off as a cute joke. Now, a decade later, we see this scene for what it is: a disturbing look at the actual practices women face in nearly every industry, and how objectification and sexualization are built into our professional lives on both an individual and a systemic level.

This is made even clearer by the revelations about John Lasseter, who was running Pixar at the time, and who has been accused by multiple women of behaviors closely resembling that of Pete there–ogling them, touching them inappropriately, and making them feel like their job performance was dependent on his attraction to them.

Again, this scene should never have existed. But at least Pixar and Disney have cut it from the movie, starting with the latest digital and Blu-ray copies. (via Vox)

That’s it on our end! What did you all see out there today?