Things We Saw Today: The Trailer for the Final Teen Wolf Episodes Is Here, If You Care

MTV’s Teen Wolf is returning for it’s “6B” last season. I honestly didn’t know it was still on the air, but let’s do this, I guess!

Time was, many years ago, that I liked Teen Wolf an awful lot. In the show’s first two seasons it was campy, earnest, interested in exploring the monstrosities of being in high school via the supernatural. If the plots and the writing were not great, it was buoyed by interesting characters and a young cast who cavorted together like puppies.

But Teen Wolf played out its last lacrosse game for me and I haven’t watched it in ages, so attempting to parse this promo is … interesting. Looks pretty dramatic and horror-movie-esque in the trailer above. Scott is evil or something. Lydia is still very pretty. Alison Argent’s father is a big deal now? Look, it’s Scott’s mom! I love her. Where’s Sheriff Stilinski? Oh and Stiles and Derek are back, which will make many shippers very happy. Where did they go? I’m going to assume to a Canadian shack until told otherwise. 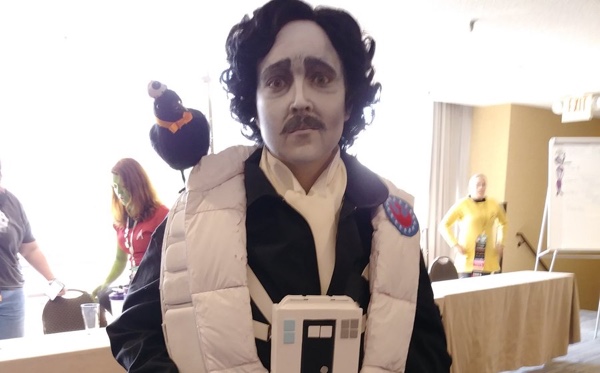 Say, friend, what’d you see, once upon a midnight dreary?