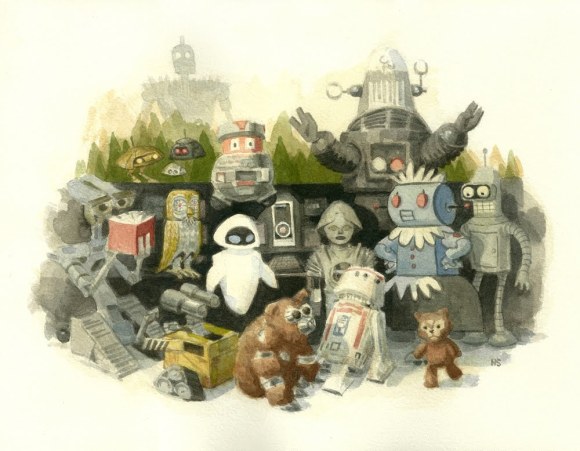 This piece and others by artist Nathan Stapley are being sold through Gallery 1988. Because in this age of digital photography, what your wall is missing is definitely a family portrait. (via Popped Culture)

Here is an appropriate place to wear the Leia bikini — at the beach! While relaxing in an R2-D2 folding chair! You can buy it at Think Geek for $39.99! (via Nerd Approved) 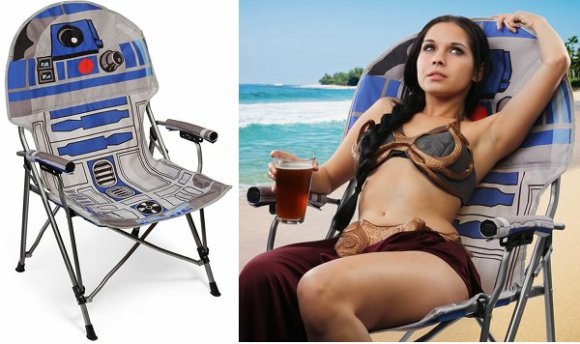 What do you think the Hoth equivalent of a Pumpkin Spice latte is? (via BuzzFeed) 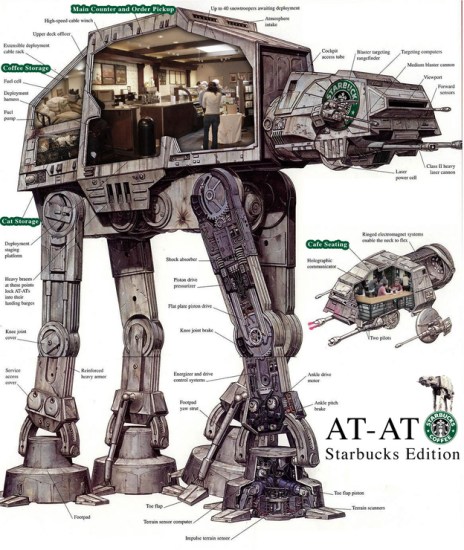 Emma Sullivan, an 18-year-old Kansas student, is very involved in her student government. This is a great thing! However, she disagrees with the political opinions of her state’s governor, Sam Brownback, so she said that he sucked on Twitter. So Sam Brownback got his staff to call her school, which got her called to the principal’s office, where she was asked to apologize to Sam Brownback for saying he sucked to about 60 people on Twitter. Just out of spite, for which we’re sure as hell not going to apologize, here is Emma Sullivan’s Tweet for everyone to see. Again. You can follow her @emmakate988, along with her newly acquired 2,000+ followers. (via Mediaite)