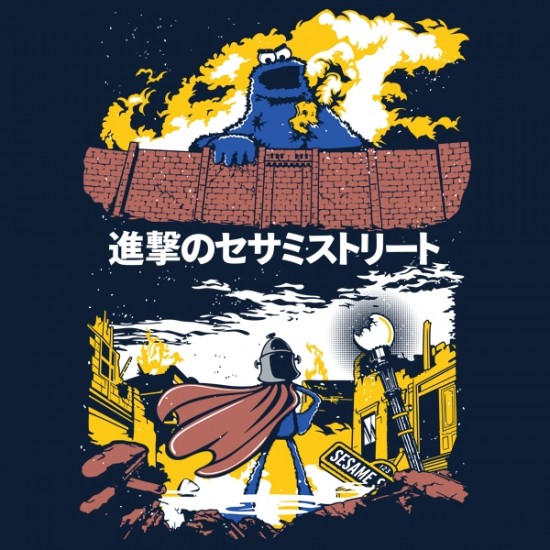 Attack on Titan/Sesame Street mashup art by Olipop, via Neatorama. 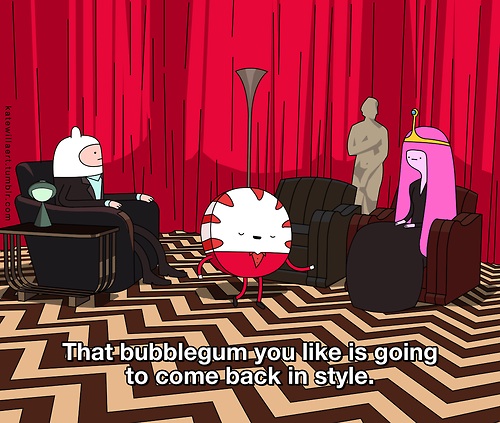 This is, excuse me, a damn fine Adventure Time/Twin Peaks mashup. (by Kate Willaert, via That’s Nerdalicious) 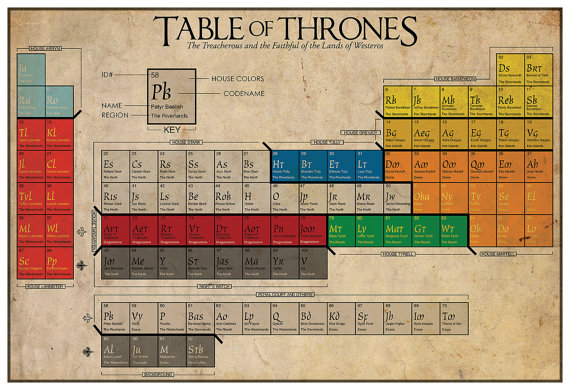 Have a hard time keeping track of Game of Thrones’ dozens of characters? Etsy seller The Geekerie sells a handy periodic table in spoilery and not-spoilery (above, with region instead of whether they’re dead or not) versions. (ForeverGeek)