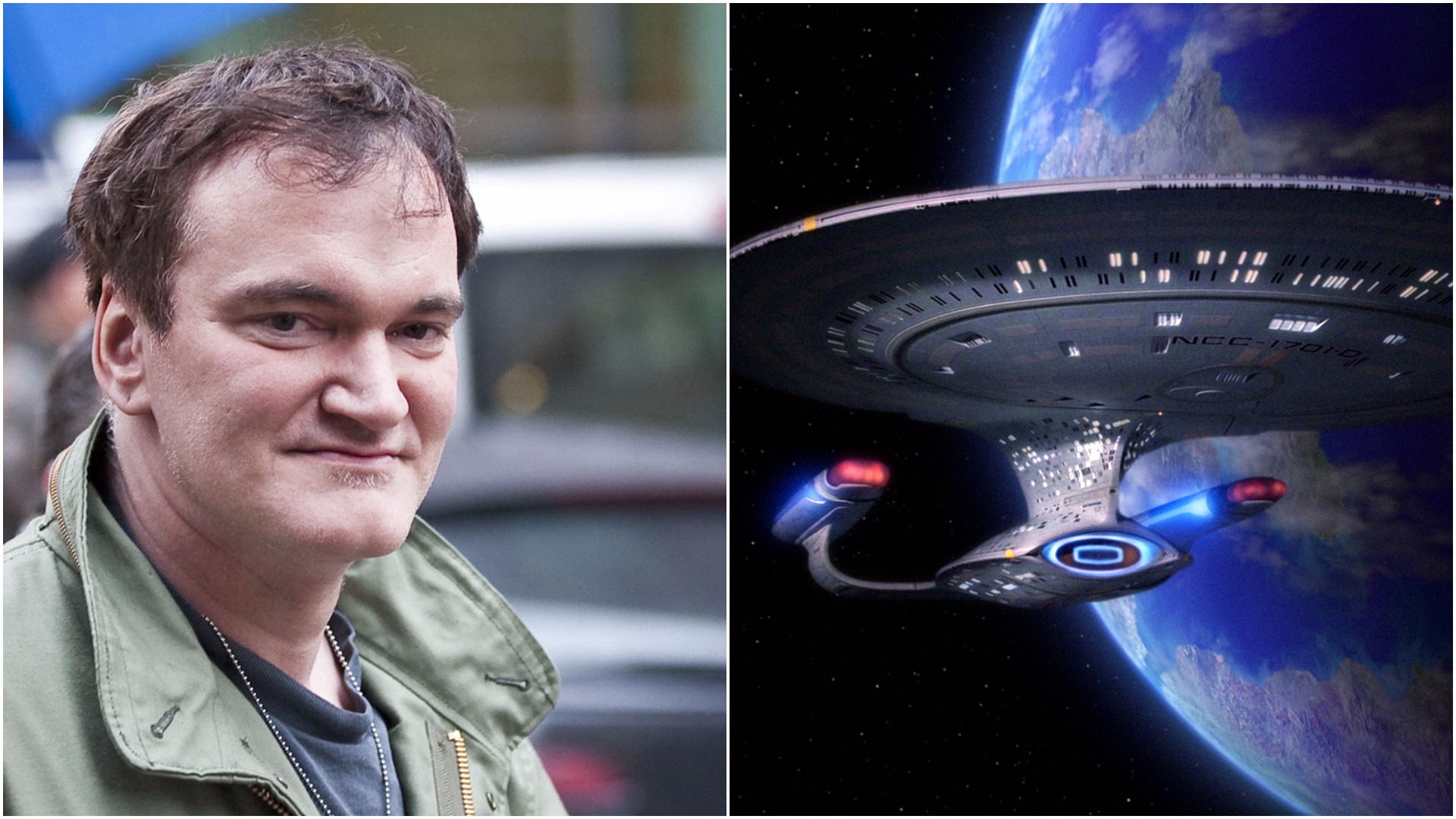 The rumors appear to be rumors no longer: Quentin Tarantino’s Star Trek pitch has achieved warp five speeds, with potential writers screened and Paramount seemingly agreeing to the director’s requirement that the film be R-rated.

A few days after the initial buzz of Tarantino’s positive meetings with J.J. Abrams and Paramount (and Teresa exploring the reasons why this creative mash-up gives us pause), Deadline Hollywood today has this report:

Tarantino met for hours in a writers room with Mark L. Smith, Lindsey Beer, and Drew Pearce. They kicked around ideas and one of them will get the job. I’m hearing the frontrunner is Smith, who wrote The Revenant. The film will most certainly go where no Star Trek has gone before: Tarantino has required it to be R rated, and Paramount and Abrams agreed to that condition.

It’s not 100% clear if Tarantino would direct the movie himself or be involved in some kind of producing role, but the implication is that he’d direct—which is why the over-17-and-up rating was on the table:

That rating was crucially important to Tarantino, who hopes to direct this Star Trek and who has helmed R rated films his entire career. Imagine how this could open storytelling lanes, or even what the banter on the bridge of the Starship Enterprise might be, if you conjure up memories of the conversations between Samuel L. Jackson and John Travolta in Pulp Fiction, or the banter at the diner between robbers before the heist gone wrong that triggered the action in Reservoir Dogs.

Honestly, as a lifelong fan of Star Trek and someone who respects Tarantino’s films well enough, I’m not against this development, nor fundamentally against the idea of a more adult Trek. The movies have been heading in that direction anyway. It’s just still really hard for me to imagine Tarantino’s trademark style grafted onto the voyages of the starship Enterprise. Like, can I picture Kirk and Spock cursing a blue streak while blood fountains out of the decapitated head of an enemy alien? Can I? At least Dr. McCoy would finally get to speak his mind.

Comicbook.com points out that when Tarantino has talked about his interest in directing Trek in the past, he’s cited the Next Generation episode “Yesterday’s Enterprise” as “one of the best episodes of Star Trek ever written.” In “Yesterday’s Enterprise,” the crew encounters a temporal rift that throws them into a timeline where the Klingon Empire and the Federation are locked in a brutal war, which Tarantino calls “the bloodiest war imaginable in the history of any universe,” and says that the episode “could bear a two hour treatment.”

While it’s unknown if his current pitch has anything to do with “Yesterday’s Enterprise,” I’m kind of a glutton for Star Trek stories that mess with time, so this wouldn’t be the worst thread to follow. Regardless, it seems like any Tarantino Trek take is going to see a whole lot of blood.

It’s officially safe to go back into the water, seems like. What’d you see today, swimmers?