Things We Saw Today: Princeless Has Been Optioned for A Movie! | The Mary Sue

Things We Saw Today: Princeless Has Been Optioned for A Movie! 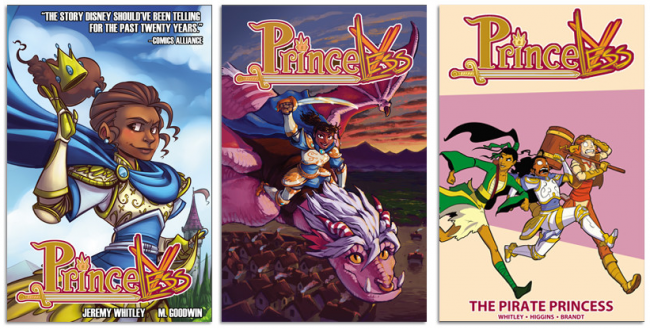 Sony has optioned movie rights to Princeless, the adorable, empowering, and Eisner-nominated comic from Jeremy Whitley, Mia Goodwin, and Emily Martin about a young black princess who saves herself. The movie script will be written by Stefani Robinson, who’s previously written for both Atlanta and the FX/Marvel animated Deadpool series, so I’m not sure whether Sony’s currently thinking an animated film or a live-action one – but either way, I so hope that young girls get to see this movie soon! (via Deadline)