"Raise a glass to freedom. I guess." --Paul Ryan, probably 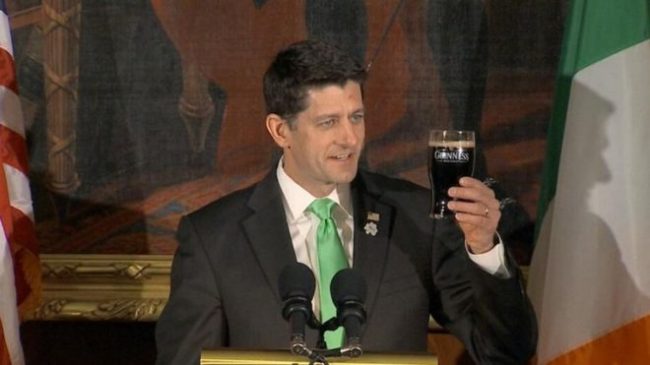 Happy St. Patrick’s Day! Your day is already better than Paul Ryan’s. The U.S. House Speaker and chaotic evil gnome hoisted what is being called “the worst pint of Guinness imaginable” at the Friends of Ireland luncheon and all of Ireland promptly lost its mind. The Irish have strong opinions about a good pull of Guinness and this was…not that.

Also can we talk about Paul Ryan’s terrible tie. And the fact that he gave lip service to his own family’s Irish roots while working with a President who won on xenophobia and is attempting oppressive anti-immigration policies? Can we talk about that? (via The BBC)

And now, we’re outtie. What did you see today?