Things We Saw Today: Paper Girls Is Being Adapted for Amazon! 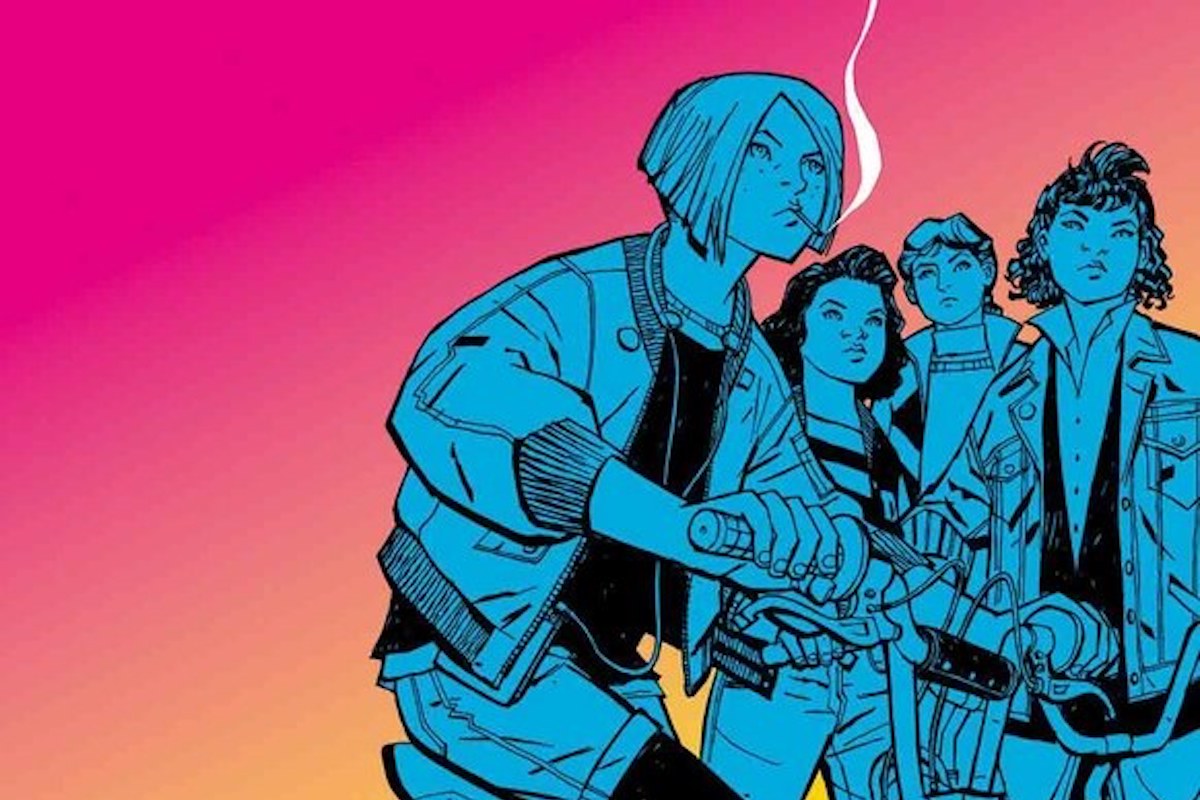 If you haven’t already read Paper Girls, now’s the time! The comic book series from Brian K. Vaughan and artist Cliff Chiang is being adapted at Amazon with a series commitment. The show will be scripted by Toy Story 4 co-writer Stephany Folsom, who will also serve as executive producer along with Vaughan.

Paper Girls first dropped in 2015, but I was a little late to find it. The first time I heard of it was in one of our The Mary Sue editor live chats right after Stranger Things came out and I heard my colleagues describe it as basically Stranger Things but if all the protagonists were girls. Obviously, I ordered a copy as soon as we logged off and they had not lied.

The book follows a group of pre-teen newspaper delivery girls in 1988 Ohio. Without giving anything away, I’ll just say they don’t stay in 1988 for long, as the girls get swept up in a sort of war amongst time-travellers. But like the Netflix show, it’s as much about interpersonal relationships and adolescent awakenings as it is paranormal activity.

As they travel between our present, the past, and the future — they encounter future versions of themselves and now must choose to embrace or reject their fate. An emotional adventure in which the girls and the women they eventually become are tough, their friendships are authentic, and their journey through time is epic.