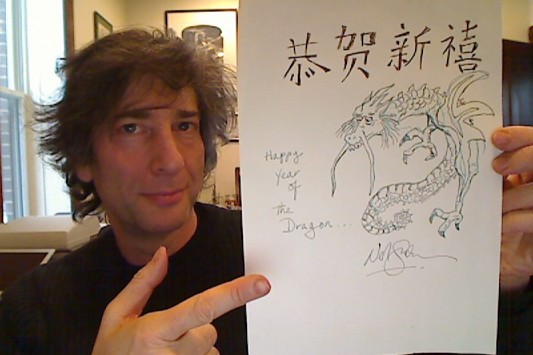 Neil Gaiman has drawn up his own tribute to the Year of the Dragon (a “wobbly dragon”), and we believe this is relevant to your interests. More about this from the author after the jump!

I just drew a wobbly dragon for my Chinese friends. He’s based on a picture I saw of an ancient dragon who had three toes but was still Chinese…

I don’t know if anyone’s going to be able to see this photo posted here, in China. Last time I was there, this blog was cut off by the Great Firewall, but I post for it anyone who can: 恭喜发财

Someone is selling the 1995 Chrysler LeBaron that Sarah Michelle Gellar bought in the mid-1990s for just $2,995. We thought you’d like to know. (via Craig’s List) 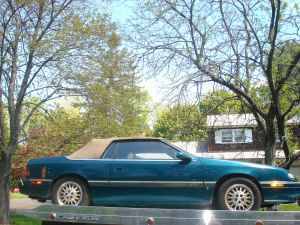 Flavorwire has a rundown of literature’s most badass female writers, going back as far as Sappho, pictured below. 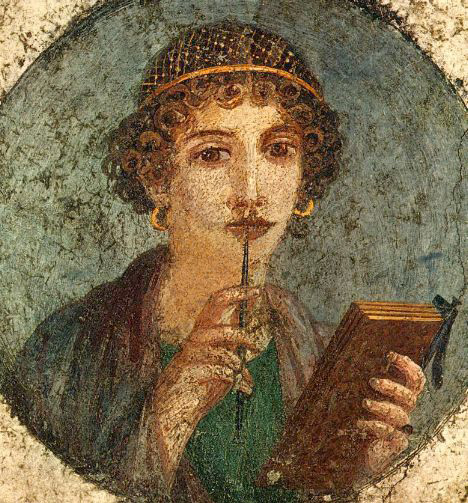 DC Entertainment has joined forces with Save the Children, International Rescue Committee, and Mercy Corps to end hunger in Africa as part of the We Can Be Heroes campaign. (via Newsarama)

Also from Newsarama, EPIX is close to purchasing the documentary about the life of Marvel Generalissimo Stan Lee, With Great Power: The Stan Lee Story.

Finally, from tipster Rachel, a Portal fan panel by DeviantARTist Inonibird. This is just an excerpt, so click here to see the full version. 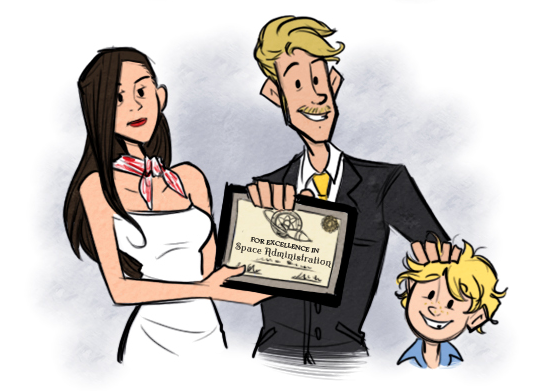