Things We Saw Today: A Wrenching Comic About Women and the Doctors Who Don’t Listen to Them 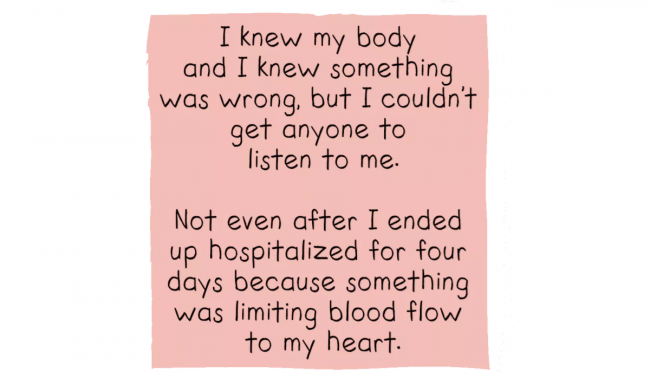 Author and artist Aubrey Hirsch recently shared a comic about her experience with autoimmune disease, titled “Medicine’s Women Problem,” over at The Nib. It perfectly captures the frustration, self-censorship, and anger that so many women experience when trying to get their doctors to take their symptoms seriously. It’s a well-documented problem, and Hirsch poignantly captures its costs.

It’s happened to Roxane Gay and Lindy West (though racist and anti-fat biases definitely played a role). It’s happened to Rachel Fassler. It happened to Gilda Radner, and it killed her. I think a whole lot of readers will be able to relate.

What did you see today, readers?

(Featured image via Aubrey Hirsch and The Nib)