Things We Saw Today: Historians Can’t Comprehend that the “Lovers of Modena” Might Have Been Gay

Make no bones about it 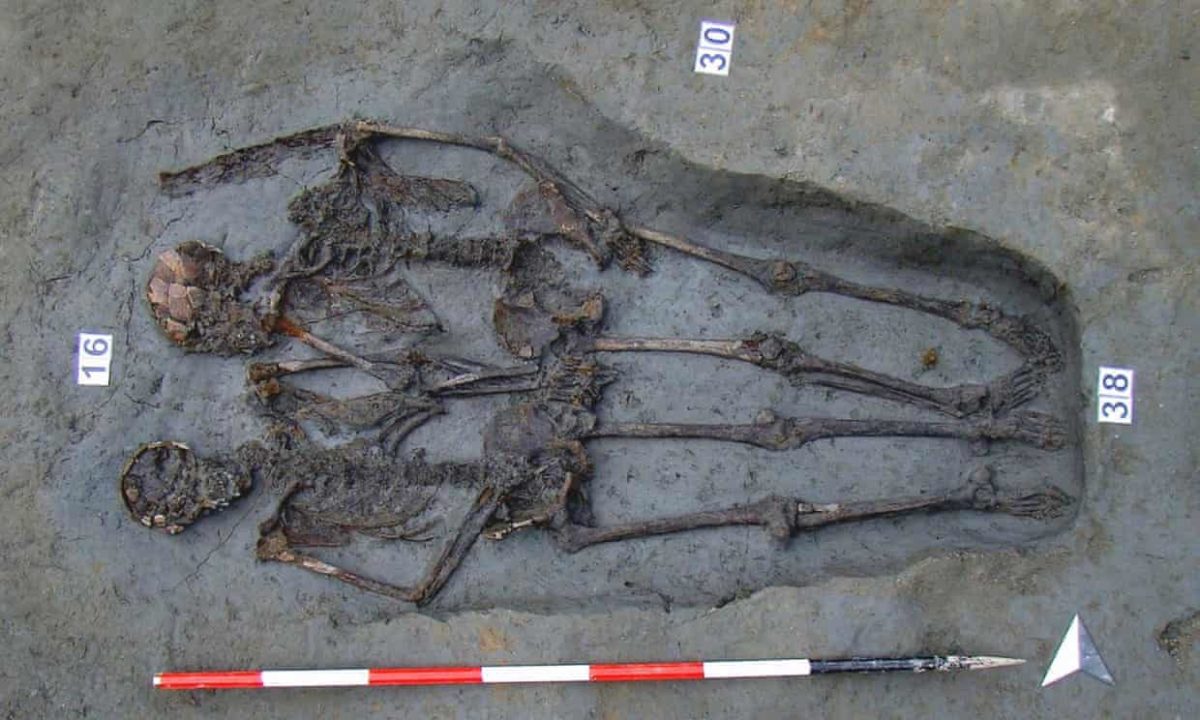 As skeletal remains go, the so-called “Lovers of Modena” are about as romantic as you can get. The pair was discovered in 2007 near Modena, Italy, buried together, holding hands. The burial is estimated to date to the 6th or 7th century, and isn’t the first such pair discovered by archaeologists, with other couples found in Greece, Turkey, Romania and Siberia. The apparent practice of burying couples together didn’t confuse anyone until now, since all the skeletal pairs studied up until this point have been male/female and thus obviously romantic partners. But recently, scientists use the protein found in tooth enamel to determine that the Lovers of Modena were both male and suddenly scientists are baffled. Baffled I say! Federico Lugli, a researcher at the University of Bologna and the lead author of the study that determined the sex of the par, told Rai News.

“There are currently no other examples of this type…Many tombs have been found in the past with couples holding hands, but in all cases there was a man and a woman. What might have been the bond between the two individuals in the burial in Modena remains a mystery.”

Yes. Once that herteronormativity gets washed away, it’s really such a mystery why two men might be buried together in such a way. It’s not like the Romans weren’t kinda okay homosexual behavior. But don’t worry, these brilliant minds are on it, according to The Guardian:

Researchers believe the two might have been siblings, cousins or soldiers who died together in battle. Some skeletons of other individuals discovered in the same area showed signs of trauma, probably related to death during times of violent conflict.

The bafflement of the establishment shows that it’s still an uphill battle for queer people to be acknowledged as part of history. While definitions and standards of sexuality have changed over the years, there have always been people who loved members of their own sex and that shouldn’t be confusing to scientists. Luckily, twitter was ready to do some great roasting.

Straight people, finding two skellingtons buried holding hands: AND WE SHALL CALL THEM *THE LOVERS OF MODENA*!!

Straight people, discovering the two skellingtons were both male: CoUld ThEy Be SIBliNGS?! *CoUsiNS*?!?! *CoMRadEs*?!?!?! ThE AcTuAL ReLAtiONsHiP ReMaInS A mYsTErY!!!! https://t.co/l7DqigdtNG

“Found two skeletons holding hands”
“We shall call them the Lovers of Modena”
“Turns out they’re both men”
“So you’re saying they’re cousins”
“I-“
“Ah yes, the Platonic Cousins of Modena” pic.twitter.com/2r1GUUAh5f

Elsewhere around the internet:

And lastly. We feel you, cat, we feel you.