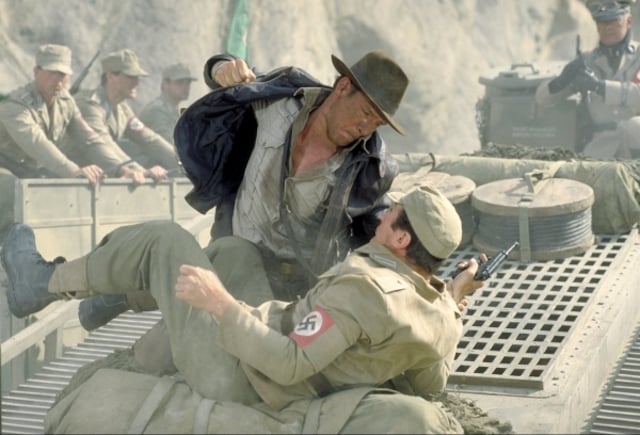 Straight from the Harrison’s mouth are some incredible anecdotes about the actor punching Ryan Gosling on the set of Bladerunner 2049.

GQ has the whole story of the accidental punch (contained within an illuminating cover story on the scoundrelly star) but some delicious excerpts can be found via the tweet below as well. Harrison Ford sure loves the word “fucking” (then ago, so do I). Here are my favorite pull quotes.

On the Gosling incident:

“I punched Ryan Gosling in the face,” Ford confirms. Then he adds, by way of clarification, that “Ryan Gosling’s face was where it should not have been.”

…and poured him a glass, then walked out with the bottle.

“Yeah? What—did he fucking expect the whole bottle? You know, I figured one drink would fix it. That was enough.”

So did that epitomize your working relationship?

“Pretty much. No, he was fun to work with. I like him a lot. He’s a smart guy. I mean, he’s a fucking Mouseketeer—he’s been doing this since he was 6 years old or something. He knows what he’s doing.”

You know, I’ve long gotten the impression that Harrison Ford is a fucking dick, but he’s our fucking dick.

What did you see today on your adventures?