Things We Saw Today: Happy 4th of July, Everyone 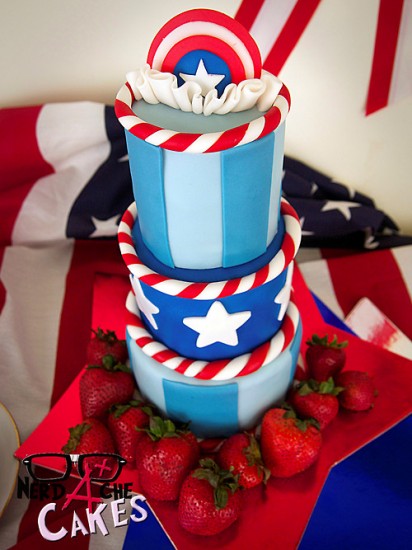 This Captain America cake (based on Avengers fan art by Adventure Time‘s Natasha Allegri, so how’s that for a geek pedigree) and other patriotic cakes by Nerd Ache Cakes. Try to eat that and not feel guilty. (via Pancake Pancake Pancake)

And if you thought that would be hard to eat, take a look at this Leonardo Da Vinci-inspired cupcake by Mike’s Amazing Cakes. (via That’s Nerdalicious) 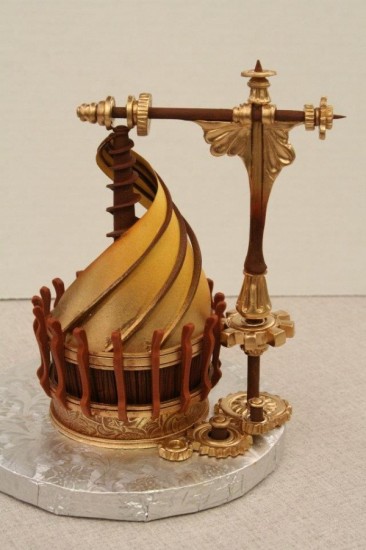 Megan Lee of Unicornucopia found this display by Jesse Draper in a Trader Joe’s and here’s what I say: Today, we are all Avengers. Or Founding Fathers. Or Founding Mothers. Whatever you’d like to be, just don’t handle lit fireworks. Happy Independence Day, everyone! (via Uproxx) 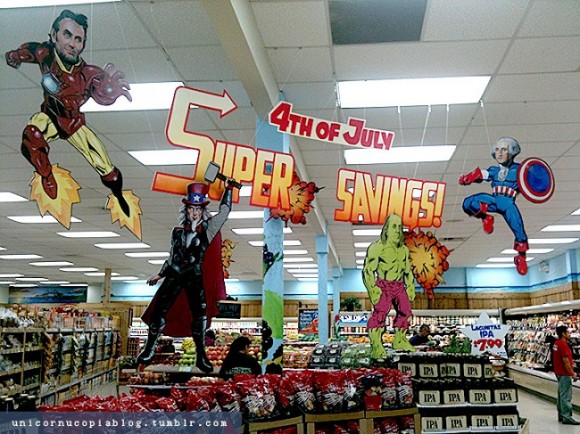 Tom Hanks and his production company, Playtone, have been working on an animated series with Yahoo! called Electric City! It debuts on July 17th, and here is an eyeball from it! (via MTV Geek) 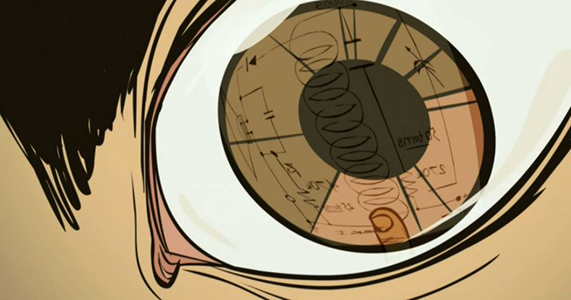