Things We Saw Today: Is Darth Vader in the Han Solo (Solo) Movie? 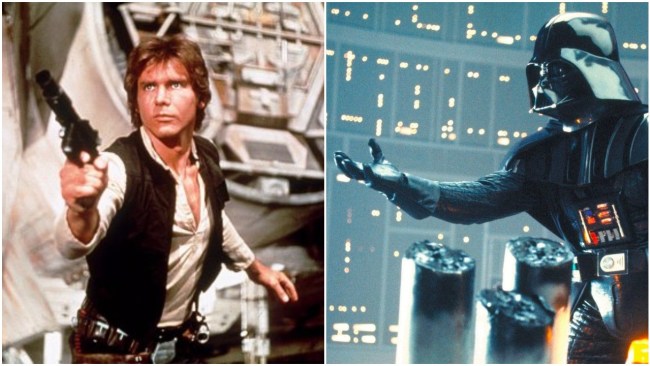 According to sources that will not be named, an actor was seen sporting Vader’s iconic costume in reshoots for the Han Solo standalone film.

All of these unconfirmed reports seem like pointing to a game of telephone for veracity, but CBR and Screenrant cite The Hashtag Show, which claims that an unnamed source says that someone playing Vader is on-set. If this is true, it’s unclear whether our favorite Dark Lord would have a big part or a passing cameo—but considering his part was significant enough in Rogue One, it wouldn’t be all that surprising to have Vader making things hard for Han, too.

I’d like to think that if they had some kind of history, Han was even more pissed at Lando for “selling them out” in The Empire Strikes Back when that door slid open to reveal the former Anakin Skywalker in Cloud City. (via CBR, images: Lucasfilm)