Things We Saw Today: Is There a Major Flashback in Avengers 4? 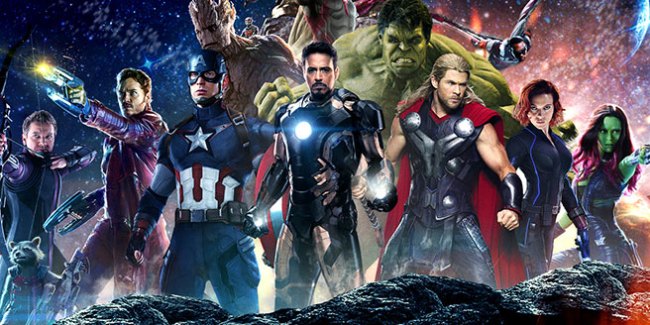 New pictures from the set suggest that the Avengers 4 storyline may take our heroes to an unexpected place … in time.

[POTENTIAL AVENGERS 4 SPOILERS, MY FRIENDS. PROCEED DIRECTLY TO COMMENTS IF YE DO NOT WISH TO BE EXPOSED TO RAMPANT SPECULATION]

TMZ has the pictures, which can be viewed here, but essentially we see Chris Evans palling around on a rubble-strewn set with Robert Downey Jr., Mark Ruffalo in full Hulk motion-capture suit, and Paul Rudd in his Ant-Man getup (we’ll return to Rudd in a moment).

Here’s the thing: Evans is cleanshaven and wearing his cartoony Cap outfit from the original Avengers movie, not really a look we can see him voluntarily returning to. TMZ thinks that this means Cap dies in Infinity War, but I’m not sure how they made that leap. To me it seems like we’re having a big ol’ flashback to the time of Avengers. The set looks just like those smashed bits of New York from the Chitauri fight.

I’d been expecting something of the kind since Chris Hemsworth and Tom Hiddleston were spotted in their old, Avengers-era costumes in November, but the new pictures appear to confirm that many of our heroes are present and recreating those good(?) old days.

Here’s the thing: Paul Rudd is there too, and in his Ant-Man costume. But Ant-Man wasn’t around in the first Avengers, so here are my theories:

Whether or not Rudd’s Scott Lang is present, it seems like a detour into the first Avengers timeline is happening. Very little is known about Avengers 4, even its name, which has been talked about as being too big of a spoiler pre-Infinity War. But since Infinity War involves mystical gemstones and then a Gauntlet capable of messing with both time and reality (and life and death), who’s to say this doesn’t carry over into Avengers 4?

I’ll admit I’m super-curious to know why we’re possibly returning to the Whedon era. The possibilities around a scene like the one being filmed could be endless, considering that we’re in comic book-land: it could all be a dream, or magic-induced, or actual time-travel. But it gives me the chills to consider that this might also be a last chance to see some characters lost in Infinity War or Avengers 4 itself.