Things We Saw Today: This Back to the Future DeLorean Cake is, Well, Heavy 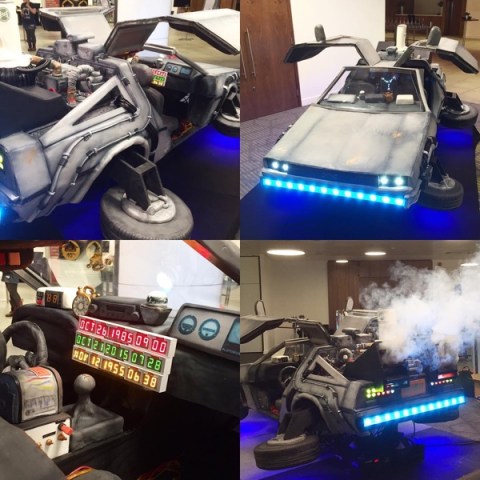 This DeLorean cake was originally made for Back to the Future Day by Tattooed Bakers, but it’s just so awesome that we can’t imagine anyone in their right mind would want to cut into it and ruin the majesty. (via GeekTyrant)

Today is a very important date. It's Time to fall ?.https://t.co/lfdJF0GZZ0

The sequel to Alice in Wonderland is here, and Disney is teasing us with a few posters and a small glimpse at the film, called Alice Through The Looking Glass.) (via ComingSoon.net)

What did you see today on this, the first day of November?