The Force is strong with him.

Boyega already gave us a glimpse of his reaction to the Force Awakens trailer via his Instagram, but now you can watch him watch the trailer in its entirety on his Facebook page. As explosive as his reaction is, it’s the build up as he watches that really makes it worth it. Also, I don’t know whom he’s with, but I love that he and that other dude were totally bro-ing out afterwards! 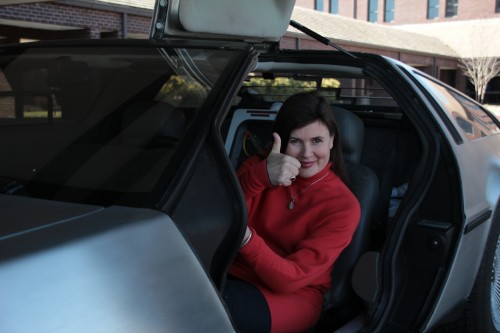 Sophie Aldred, aka Ace on Doctor Who.

We love it when fandoms collide! (Re)Generation Who has some awesome photos marking Back to the Future Day featuring some of our other favorite time travelers from Doctor Who in a Delorean! 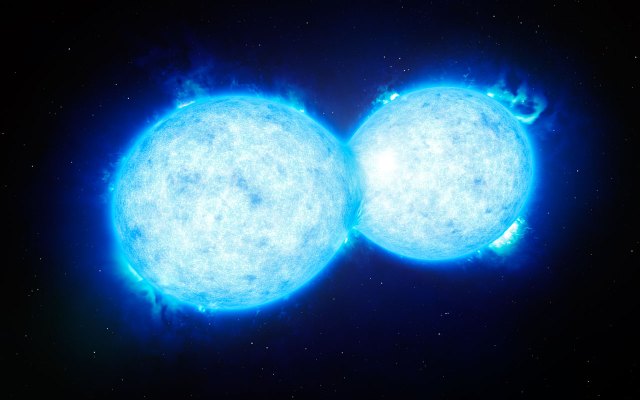 This is an artist’s rendition of the double star system VFTS 352, which is located about 160 000 light-years away in the Tarantula Nebula, and was spotted by astronomers using ESO’s Very Large Telescope. Find out more about this “kissing” double-star and what it can teach us over at European Southern Observatory.

And that’s all we’ve got tonight, kids! What did YOU see today?