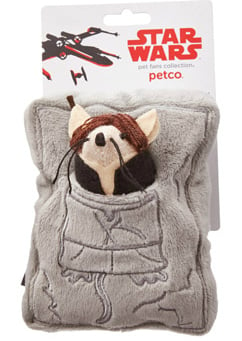 Petco had its very own Force Friday, and it was adorable. (via Topless Robot)

What an honor it was to work with the amazingly talented badass @rutinaofficial. Hope we get to do it again… pic.twitter.com/AG4NuebnL3

Speaking of The Martian…what if Wall-E instead? (via io9)

Well all, that’s what we saw today. What did you see?