The Muppets once again show off their musical talent as they have Sam the Eagle (of all muppets) help cover a 70s hit: “Jungle Boogie.” Sit back, relax, and enjoy the trip back in time. (via io9) 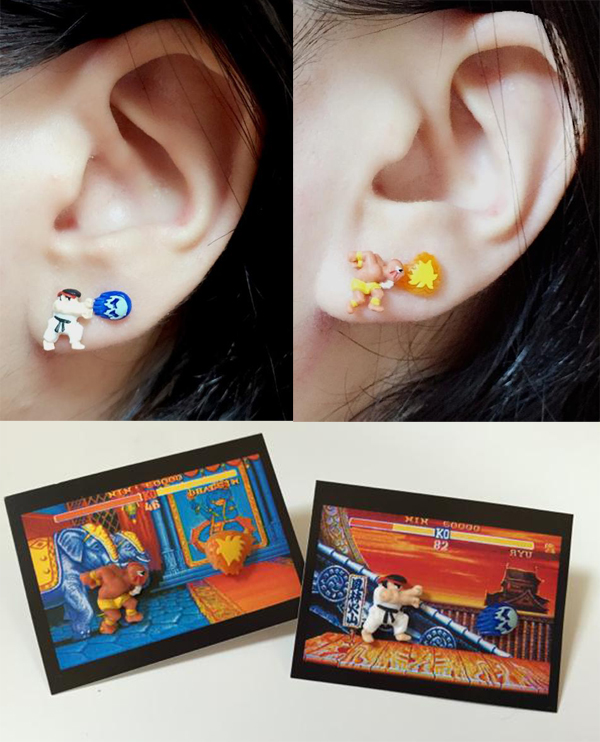 Show off your main with this rad set of Street Fighter II earrings.  Unfortunately you’ll have to find a pal in Japan who can pick these up for you, as they’re only available on Amazon Japan. But give it enough time, and who knows… I mean, that’s how we got Mother ported over here so quickly, right? Haha… *sobs quietly in the corner* (via Fashionably Geek)