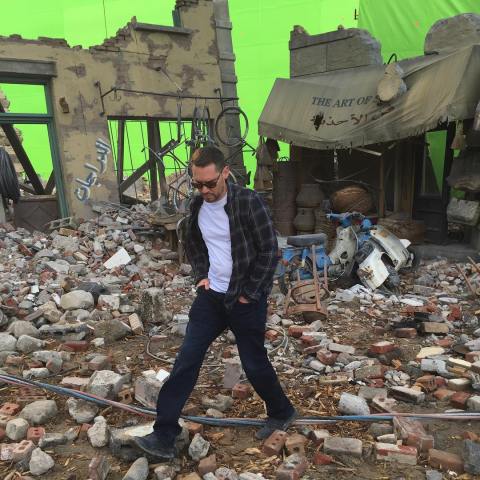 The Cairo set in X-Men: Apocalypse looks a bit out-of-sorts in this photo, via director Bryan Singer. We figure the film’s taking Storm back to her roots — could all that rubble be the result of weather damage? (via Instagram)

What else caught your eye on the Internet today?