Things We Saw Today: Suffragette Posters Are Defiant And Amazing 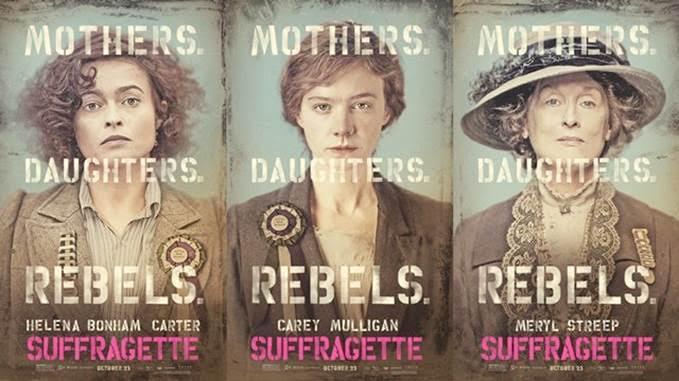 In honor of Emmeline Pankhurst Day, Suffragette debuted these awesome posters of the actresses looking tough and defiant!

WordWideInterweb presents a compilation of the worst special effects ever featuring gems from The Mummy Returns, Robocop, and more. (via Slash Film)

Want to do cosplay, but you’re on a budget and all you have have spoons, superglue, and a hammer? Let Conan O’Brien’s propmaster Bill Tull pitch you some great cosplay ideas.