"Death to the Flag, Long Live the South." 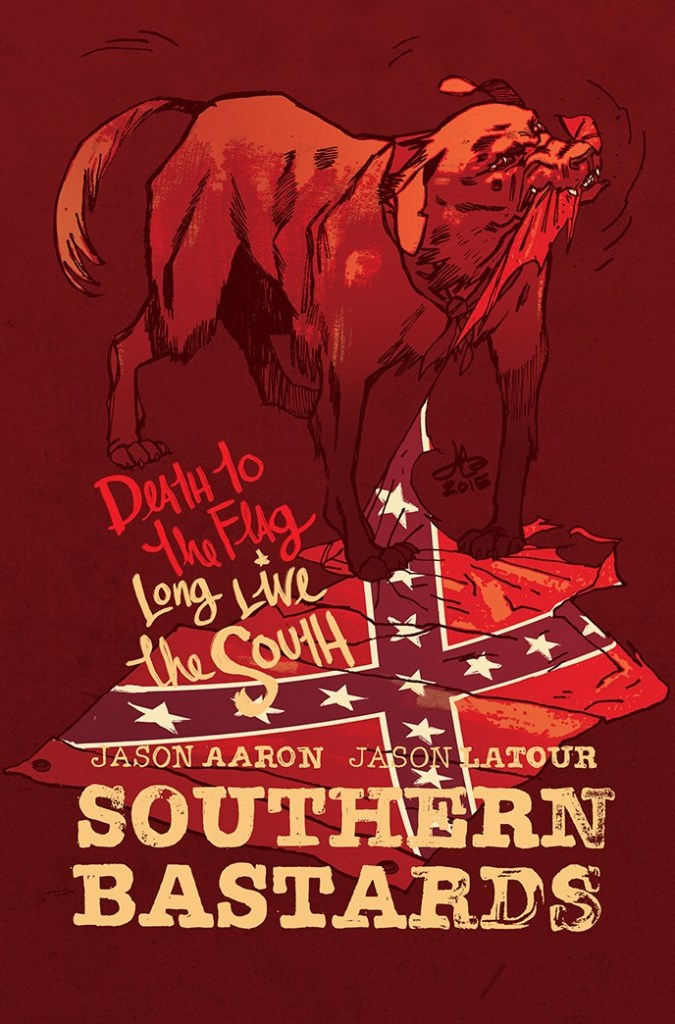 Jason Latour created a very special variant cover for this next issue of Southern Bastards, featuring the Confederate flag being torn apart by a dog. The cover also reads, “Death to the Flag, Long Live the South.” He and Jason Aaron are also currently working on a way to donate proceeds from the sale of the variant to the families of the victims in the Charleston shooting. (via Comic Book Resources)

Darren Wallace has got one hell of an imagination, because this mashup of Avengers: Age of Ultron and The Wizard of Oz is absolutely out of this world. List this one under “Things You Didn’t Know You Needed Until You Saw It,” because seriously, there’s something extra… special about a Cowardly Lion Thor. (via The Daily Dot)

There’s so few things to see, and we have so much time to see them.