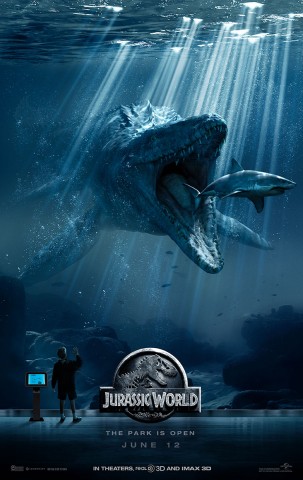 Universal Studios just released a brand new Jurassic World poster, and it is the COOLEST. Also super adorable, let’s be honest. I mean… aww, just look at the lil buddy with its lil flippers and oh no it’s coming this way RUN.

The tweet says it all, but here you go anyway: S Δ M M U S, a female rap artist, rhymes over some really sick NES video game-based beats. I couldn’t help geeking out at a few of her lyrics, rife with video game and rap references. There’s an especially great reference on the first track on her Another M EP, “Cybernetic Armor.” To wit: I would give up all my cybernetic armor / If I could be a daughter / If I had my mother in my codec / I would call her. That’s hot.

In case you haven’t heard, today is David Tennant’s birthday. We wish you the happiest of birthdays, our Doctor, our Detective, our future Purple Man.