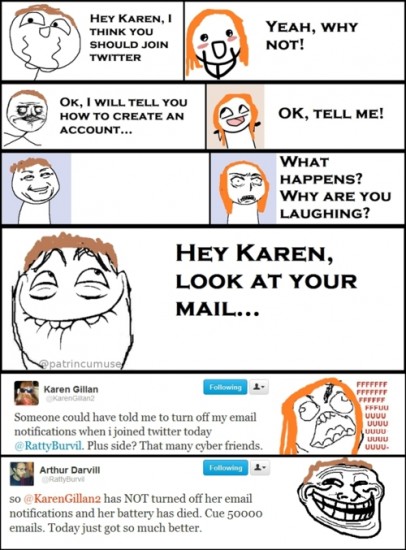 Yesterday we told you Doctor Who’s Karen Gillan joined Twitter. Today we bring you a delightful creation via the Doctor Who tumblr depicting her lack of social media knowledge and a hard lesson learned thanks to Arthur Darvill. Poor, Karen. Hit the jump for a delightful picture of her and co-star Matt Smith in New York City plus all the other fine things we saw today! 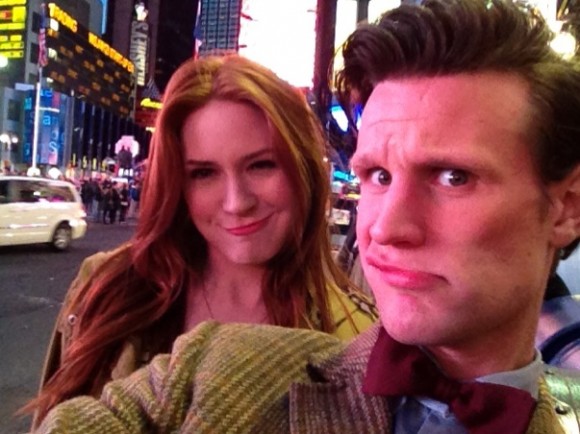 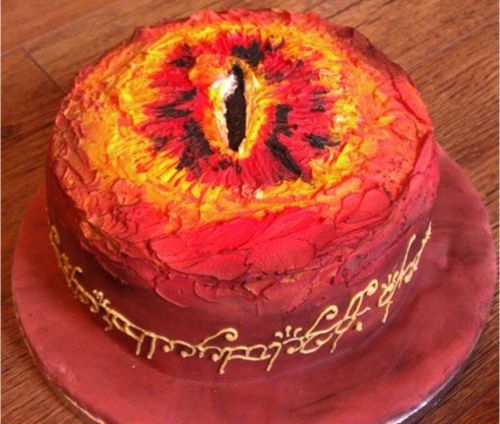 I’m not sure I could bring myself to eat a Sauron Eye cake but it sure does look nice. (via Everything LOTR)