Things We Saw Today: Hold Onto Your Butts for a Jurassic World Dinosaur Tease

They're flocking this way.

We’ve got our first look at a dinosaur from Jurassic World… kind of. If they’re teasing like this, it’s a good bet that it’s actually the genetically modified T-Rex we’ve heard about. Maybe they’ll show us the whole thing if we say the magic word? (via Colin Trevorrow on Twitter) 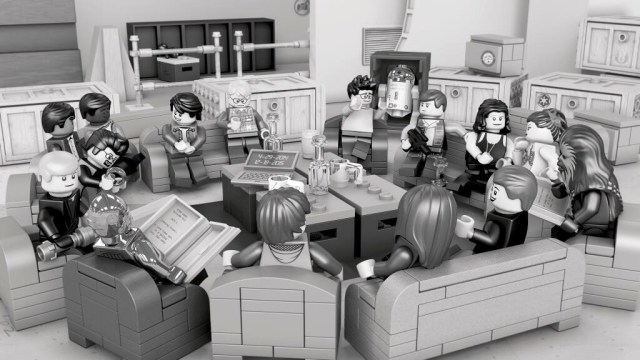 Go to pieces over an adorable LEGO recreation of the Star Wars Episode VII table read photo. (via /Film)

This handy flowchart will help you figure out if you’d survive in Westeros. Short version: “Are you a living thing? Then no.” (Dorkly via Nerd Approved)