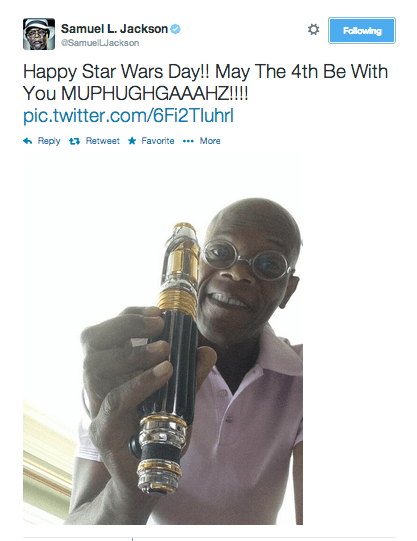 Yeah, it’s a day late, but you needed to see this. (Digital Spy)

Black Milk posted the above image to their Facebook page, and boy did they not like people objecting to it. (Marc IRL)

Star Wars canon will only include the films. I assume that includes the cameo in the LEGO Movie. Batman on the Millennium Falcon is canon!

You heard it here, from the co-director of The Lego Movie. Darkness. No parents! (/Film)