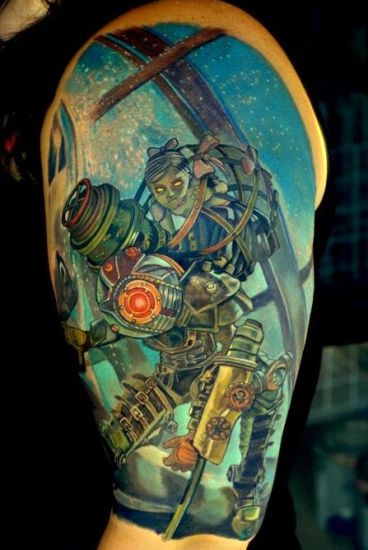 I am now left with a mental image of a tattoo gun that looks like a Plasmid injector. (artist and owner unknown; via Geeks Are Sexy) 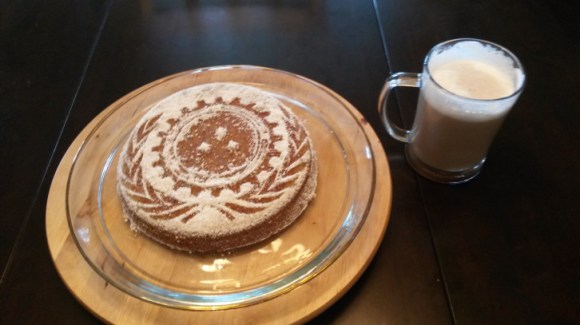 Much more appetizing than cellular peptide with mint frosting. (via Kitchen Overlord) 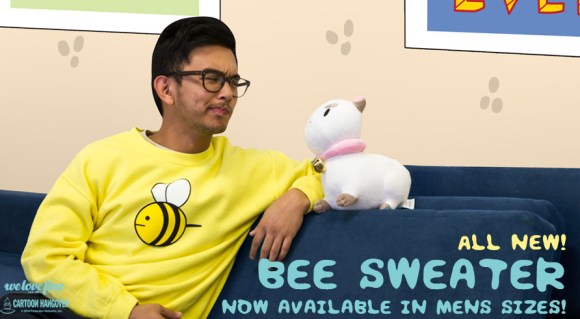 By popular demand, We Love Fine is now offering Bee and PuppyCat sweatshirts for both ladies and gents.