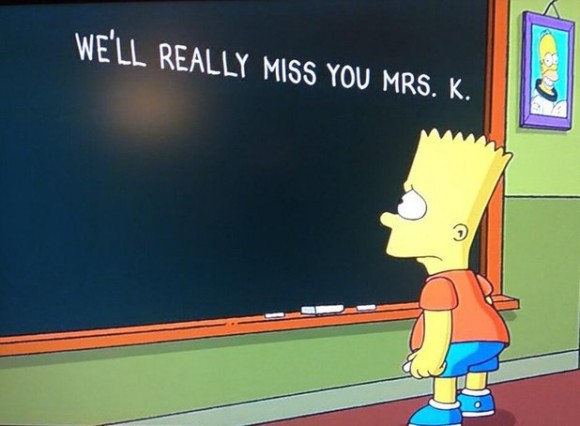 Bart’s usual blackboard gag was replaced by the above image in the opening credits of yesterday’s episode. Marcia Wallace, who played Ms. Krabappel, passed away on October 25th. (The Jane Dough)

Today’s Google Doodle is a tribute to Shakuntala Devi, the “human computer,” who was able to do complex mathematical calculations in her head. How complex? Via The New York Times: “In 1980, she correctly multiplied two 13-digit numbers in only 28 seconds at the Imperial College in London. The feat, which earned her a place in the 1982 edition of the Guinness Book of World Records, was even more remarkable because it included the time to recite the 26-digit solution.” 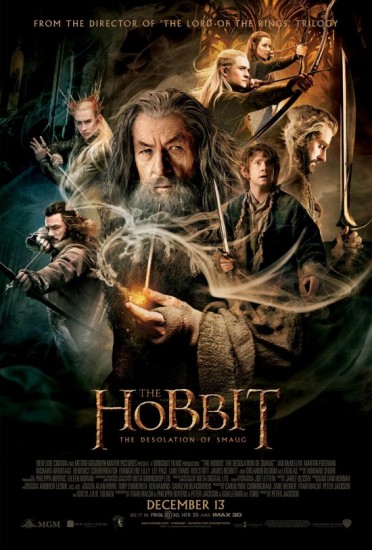 Earlier today we showed you a slew of new The Hobbit: The Desolation of Smaug posters, and now there’s one more. Gandalf, you might want to switch to a new shampoo. There are a lot of creatures growing out of your hair. (/Film)