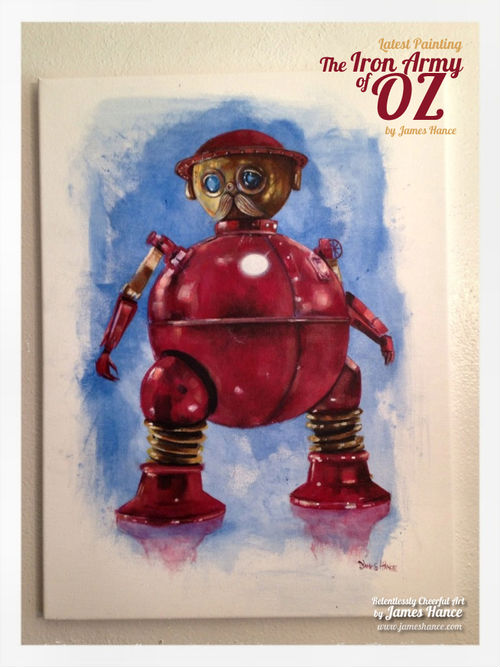 Return to Oz is my second favorite movie of all-time (the first being The Fifth Element) so I just about flipped when I saw James Hance gave Tik-Tok an Iron Man makeover. He calls it “The Iron Army of Oz.” Prints available in his store soon. (via /Film)

BBC America surprised us late last night when we noticed they’d “Doctored” up our Twitter avatar (wait for it to cycle through). Perhaps they were trying to remind us Doctor Who was premiering tonight…as if we could forget! (via BBC America Twitter)