Things We Saw Today: The Evolution of Guillermo del Toro

“The strange, beautiful evolution of Guillermo del Toro,” by Jeff Victor, who previously illustrated the evolution of famous actors (and Batman). (via /Film) 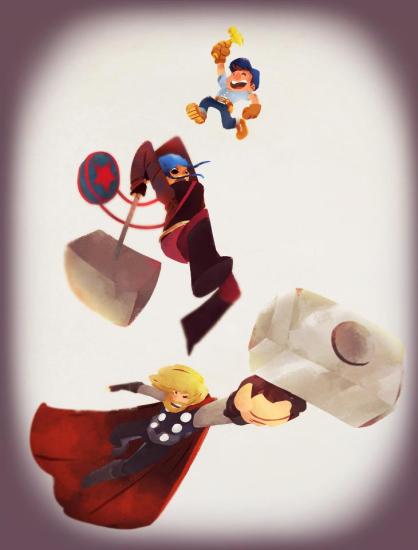 This piece of fanart by Andry Rajoelina is called Stop, Hammer Time! No other name would do. (Geek-Art)

Here’s the first picture of Benedict Cumberbatch (as Julian Assange) and Daniel Brühl in the upcoming WikiLeaks movie The Fifth Estate, previously titled The Man Who Sold the World. (via Badass Digest)