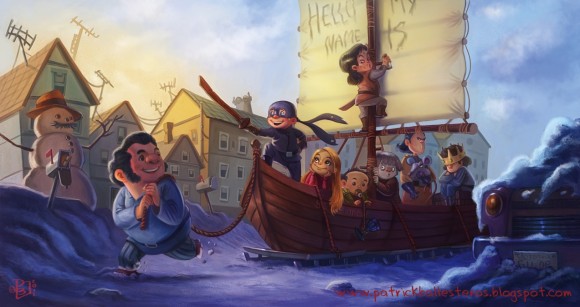 By Patrick Ballesteros, the artist who brought you Little Firefly, here’s a kiddie version of The Princess Bride. (io9) 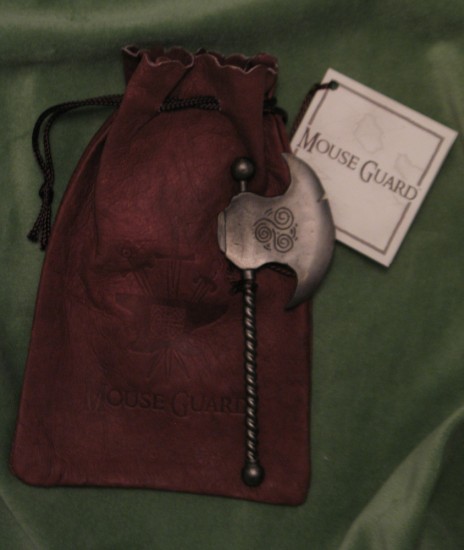 I don’t read David Petersen‘s Mouse Guard, from which this Black Axe hails. But I still want one. Because it’s a bitty axe. Currently available for pre-order from Skelton Crew Studio, it ships this January. 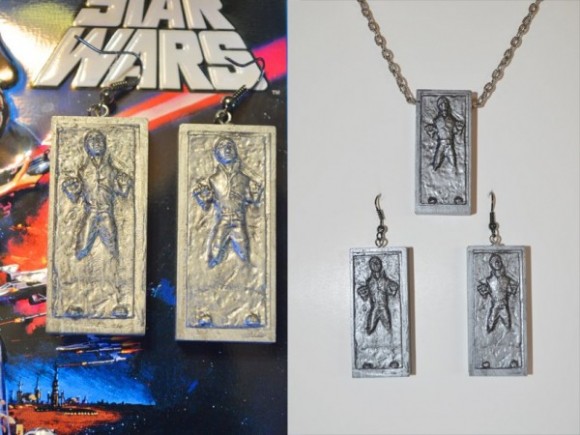 Han Solo in carbonate jewelry, by Marvelously Macabre. Available to pre-order on their Facebook page. (via Fashionably Geek)