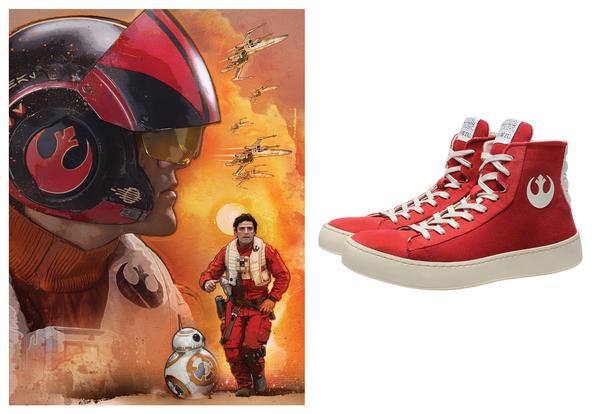 So, okay. I’m definite a “Converse and jeans” type of girl, and while I’m not much for ostentatious displays of color (read: I only ever wear black or grey), I had to do a double take when these Poe Dameron-themed Po-zu shoes came across my desktop. While I’m still on the fence as to whether I’d rock these kicks or not, I have to ask: what do you think of ’em? (via Fashionably Geek)