Things We Saw Today: Prince’s “Paisley Park” to Open As a Museum in October 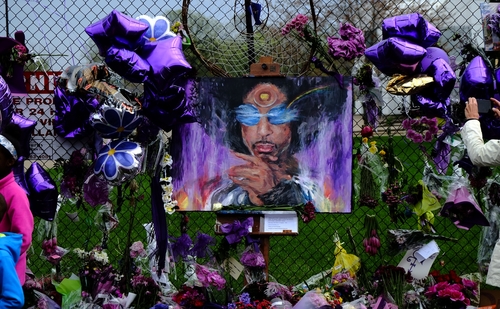 Since Prince’s untimely death back in April, fans have created a makeshift memorial outside his home/recording studio in Chanhassen, Minnesota. Now, according to The Verge, Prince’s family has announced that Paisley Park will now be a Prince museum that will be open to the public in October. It will be available for tours of his recording facilities, as well as have memorabilia on display and serve only vegetarian food in observance of Prince’s strict vegetarian diet. Says his sister Tyka,”Opening Paisley Park is something that Prince always wanted to do and was actively working on.” It’s nice to know that Prince fans will always be able to remember him by being allowed to spend time where he made his brilliant music.

Bryce Harper of the Washington Nationals giddily held Katie Ledecky’s Olympic medals as she threw the first pitch at last night’s game. (via The Daily Dot)

Well, that’s it from us! What did you see today?