Comedy Central’s 7 Minutes in Purgatory is a new show that forces comedians to perform without seeing or hearing their audience by sticking them in a truck. Aparna Nancherla’s appearance is hilarious and her dissection of NYC seasons, self-esteem, and summer optimism speaks to me so much. Any other fashionistas rocking “uncomfortable and wants to leave” chic? 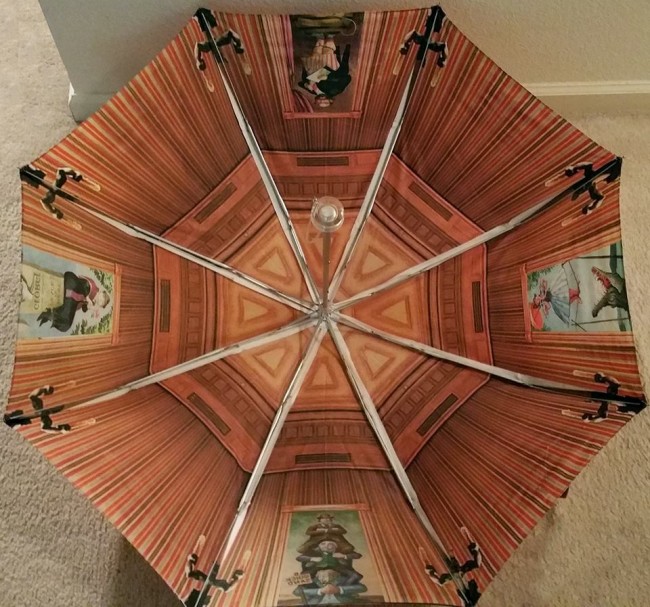 Finally, it is miserable and raining outside right now and I could really use one of these Haunted Mansion Umbrellas. (via Fashionably Geek)