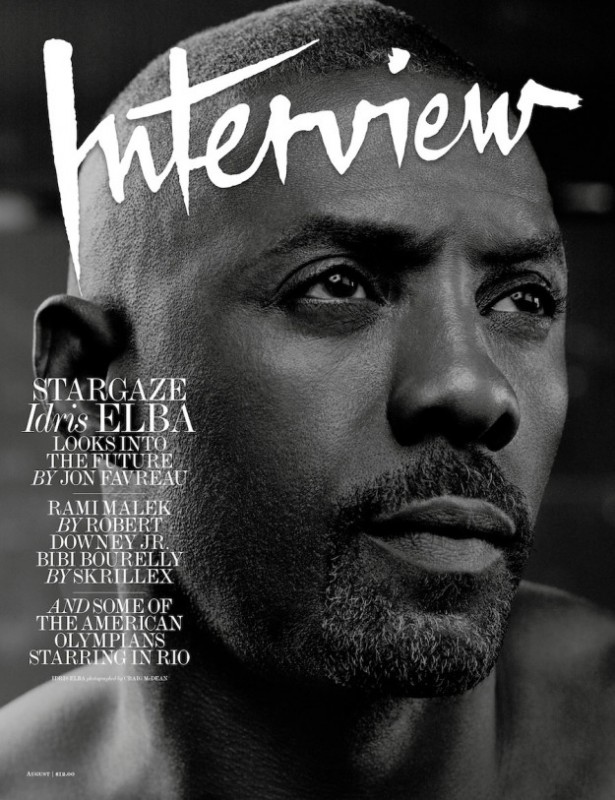 There is absolutely nothing substantial about this. I mean, sure Idris Elba is starring in basically everything that is geeky and awesome, like the upcoming Star Trek Beyond, The Dark Tower, and Thor: Ragnarok, but this photo shoot he did with Interview Magazine is just pure, unadulterated eye candy that I am unashamedly linking to here for your enjoyment. You’re welcome. (via Buzzfeed)

Check out Hamilton‘s #Dab4Ham, the latest #Ham4Ham that posted today, where there was not only a dabbing contest, but #OneLastDab with Daveed Diggs, whose last performance is tonight. *sniff* LAFAYETTE! (via Entertainment Weekly)

While I’m hitting myself in the face trying to dab and sobbing over Daveed Diggs’ departure from Hamilton, tell me something good. What have you seen today?