Where's Major Tom when you need him? 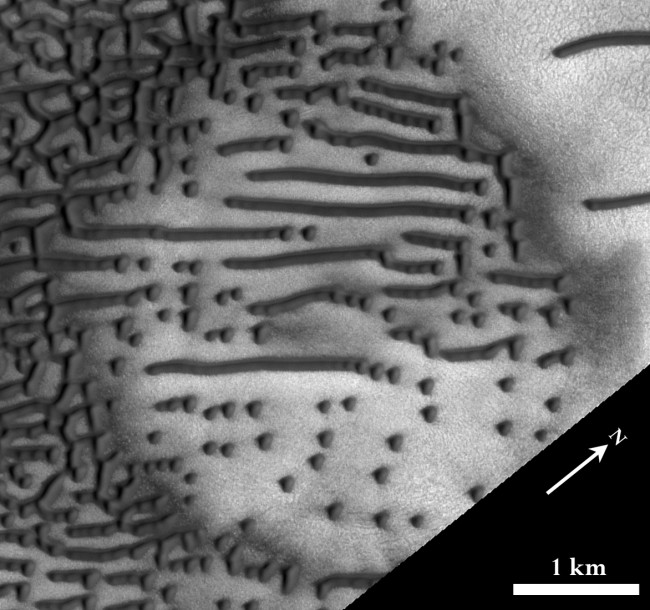 NASA’s HiRISE camera snapped a really neat photo of some dunes on Mars that look like the dots and dashes that make up Morse code. Though likely not a message (come on, let’s be real), the code spells out: “NEE NED ZB 6TNN DEIBEDH SIEFI EBEEE SSIEI ESEE SEEE !!” Any lizard people care to translate? (via Gizmodo, image via NASA/JPL/University of Arizona)

Summer Games Done Quick, a video game speed running charity event recently took place, and featured this robot who beat Super Mario Bros. 3 in two seconds. By having their robot spam up to 6,000 button presses a second, speedrunners total_, ais523, dwangoAC and TASBot (actually a modified Nintendo R.O.B. robot) were able to exploit a glitch that sent them right to the end of the game in record time. (via Kotaku)